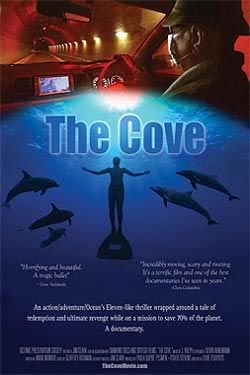 The Academy of Motion Picture Arts & Sciences has determined the nominee credits for Best Documentary Feature nominee “The Cove.”

In a statement, the Academy said, "(R)ules for the documentary feature category state that a maximum of two persons may be designated as nominees, one of whom must be the credited director, and the other of whom must have a producer or director credit."

Nominees for the other films in the documentary feature category – “Burma VJ,” “Food, Inc.,” “The Most Dangerous Man in America: Daniel Ellsberg and the Pentagon Papers” and “Which Way Home” – were announced February 2 and remain unchanged.

The Oscars will be presented March 7 at the Kodak Theater at Hollywood & Highland and televised live on ABC.