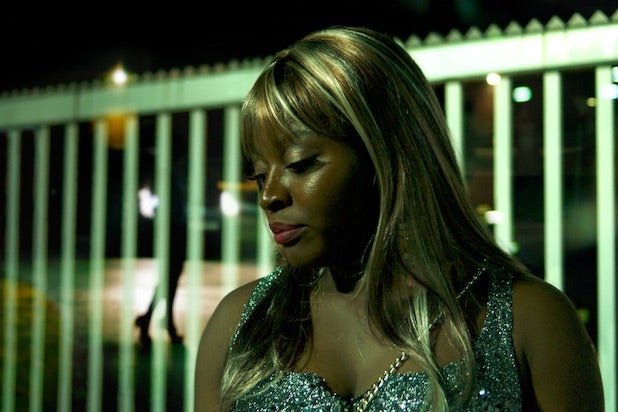 The Academy has bumbled its way into another snafu in the Oscars’ Best International Feature Film category, disqualifying the Austrian entry, “Joy,” a week after declaring that Nigeria’s “Lionheart” was ineligible.

Like “Lionheart,” “Joy” ran afoul of a rule that states a film must have “a predominantly non-English dialogue track” to compete in the category that until this year was known as Best Foreign Language Film.

“Joy,” which deals with an African woman caught up in sex trafficking in Vienna, is in a mixture of German and English, including a version of pidgin English that is subtitled in the film but understandable to English-speaking viewers.

The number of female directors remains a record for the category, but the number of films is now one fewer than the 92 that were eligible in 2017.

The disqualification once again raised the ire of director Ava DuVernay, who linked to the Hollywood Reporter story that broke the news of the disqualification and tweeted, “How about letting countries submit the film they feel best represents its cinematic work in any given year?”

Like the furor that greeted the “Lionheart” disqualification a week ago, the complaints about “Joy” are entirely preventable. Austria announced the submission of “Joy” in early September, by which time it was already playing on Netflix, just as “Lionheart” was. Participants in and keen observers of the Oscars international category had raised red flags about the amount of English dialogue in both films (and in a third Netflix entry, the U.K.’s “The Boy Who Harnessed the Wind”) before the list of qualifying films was announced on Oct. 7.

But by announcing those films, scheduling their official Oscar screenings and not vetting them for more than a month, the Academy made a far bigger issue out of their disqualifications than it would have been if Austria and Nigeria had simply been left off the roster of eligible films (as Afghanistan was, for reasons that had nothing to do with the language of its entry).

Since the submission committees for both Austria and Nigeria had signed forms saying they knew and would abide by the category rules, the disqualifications were automatic once somebody from the Academy actually watched the movies. And while watching 94 films, the number originally submitted, is a lot of viewing for AMPAS staffers and voters to do, focusing on the handful of films that had big question marks over them should not have been.

Meanwhile, the answer to Ava DuVernay’s question — “How about letting countries submit the film they feel best represents its cinematic work in any given year?” — remains the same: Because if you do that, you’ll have a category filled with movies like “The Favourite,” “The King’s Speech,” “Mad Max: Fury Road” and other English-language movies made outside the United States.

That would not benefit countries like Austria and Nigeria any more than failing to abide by the rules benefits then.