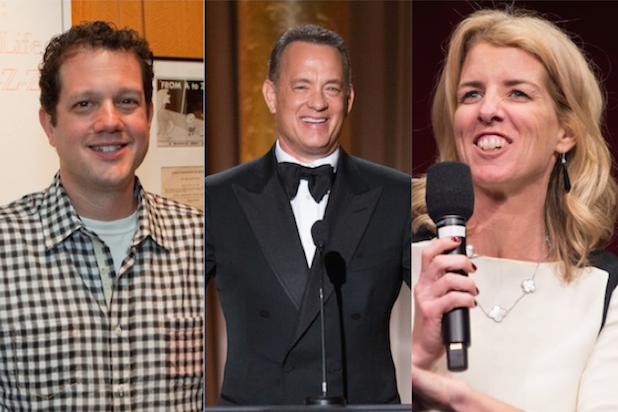 The Academy of Motion Picture Arts and Sciences has elected 17 members of its Board of Governors, with nine incumbents returning to the board and composer Michael Giacchino, documentary filmmaker Rory Kennedy, makeup artist Lois Burwell and cinematographer Daryn Okada claiming seats as first-time governors.

Three other former governors will return to the board, with executive Jim Gianopoulos, public relations executive Marvin Levy and film editor Carol Littleton reclaiming seats they once held.

One seat remains unfilled, with Larry Karaszewski and Billy Ray tying in the contest for an open seat in the Writers Branch. A runoff election between the two will take place from July 16 through July 22.

The election means that 17 women will sit on the 51-member board for the next year, two more than the previous high of 15 during the 2013-2014 term, and three more than the term just ending.

Academy president Cheryl Boone Isaacs remains the only African-American on the board, with Okada becoming the first Asian-American to serve.

Also Read: 15 Things to Know About the Academy's Board of Governors Election

Although the Academy does not announce the names of those who ran for office but were not elected, those members include Amy Madigan and Edward James Olmos in the Actors Branch; Ava DuVernay, Lisa Cholodenko and Kimberly Peirce in the Directors Branch; Davis Guggenheim in the Documentary Branch; and Stephanie Allain, Jennifer Todd and former Academy president Hawk Koch in the Producers Branch.

The most surprising incumbents not to be re-elected were Robert Friedman in the Public Relations Branch, Dick Cook in the Executives Branch and Arthur Hamilton in the Music Branch.

Also Read: 15 Things to Know About the Academy's Board of Governors Election

The AMPAS Board of Governors is the ultimate authority on matters within the organization, voting to invite new members, change Oscar and campaign rules, select honorary Oscar recipients and sign off on ventures like the Academy Museum of Motion Pictures.

Each of the Academy’s 17 branches is represented by three governors. They serve three-year terms, which are staggered so that one seat from each branch is up for election every year.

The new board will convene for the first time shortly after the Writers Branch runoff, with its first order of business electing a president. Isaacs is expected to easily win re-election.

The following board members will remain in office, with their seats not up for election until 2016 or 2017: