In an uneventful year for Oscar rule changes, the Academy of Motion Picture Arts & Sciences’ board of governors has made minor adjustments in the rules for animated films and opened the door for more nominees in the Visual Effects category.

Of the  new rules, which were announced on Thursday by the Academy, the visual effects change is the most dramatic, expanding the category to five nominees. For the past 15 years, three films have been nominated each year; before that, the number of nominations ranged from two to five, though it only reached the latter number once, in 1979, when “Alien” won the Oscar over “The Black Hole,” “Moonraker,” “Star Trek – The Motion Picture” and “1941.” 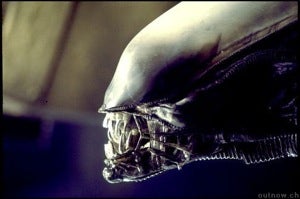 Visual effects nominees are chosen after a multi-step “bakeoff” process in which a branch committee narrows the contenders to seven, and then voters watch 15-minute presentations from the finalists.  That process presumably will be altered to accommodate the larger number of nominees.

While the increased number should have little effect on the winner of the award, it likely will give Oscar nominations to a couple of big-budget movies that will have done well at the box office.

If the expanded slate of nominees had been in place at the last Oscar show, for instance, it’s likely that “Transformers: Revenge of the Fallen,” “2012” or “Harry Potter and the Half-Blood Prince” would have been nominated alongside “Avatar,” “District 9” and “Star Trek.”

Two changes were made in the Animated Feature Film category. One closed a loophole in the category that defined a feature as running at least 70 minutes. Since a film cannot qualify in the Animated Short category unless it’s shorter than 40 minutes, the rule left animated films between 40 and 70 minutes ineligible for Academy Awards.

In addition, a sentence was added to the definition of an animated film. The new language is in italics:

“An animated feature film is defined as a motion picture with a running time of greater than 40 minutes, in which movement and characters’ performances are created using a frame-by-frame technique. Motion capture by itself is not an animation technique. In addition, a significant number of the major characters must be animated, and animation must figure in no less than 75 percent of the picture’s running time.”

According to Bill Kroyer, an Academy governor from the short films and feature animation branch, “Avatar” would have qualified in the Animated Feature category last year had it been entered.

The changes are among the items of business conducted at the June 22 meeting of the Academy's board of governors. The group makes changes to Oscar rules every year, and most are minor.

Last year, though, the board approved the expansion of the Best Picture category from five to 10 nominees at its June meeting.