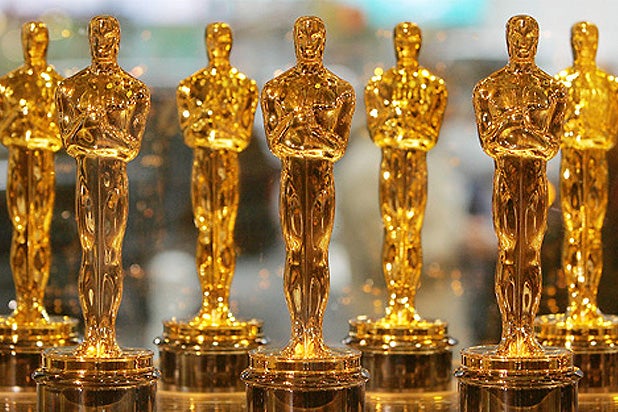 The Academy of Motion Picture Arts and Sciences could begin a real makeover of its membership and its leadership this week.

Or it could take a few incremental steps — which, coupled with a more diverse year in cinema, might stave off the kind of criticism the organization has faced for the last two years.

The smart money is on the latter.

The Academy’s Board of Governors will meet on Tuesday night to vote on the lists of prospective new members assembled by committees from each branch. And that will be the final meeting of the current board — because an election beginning this week will select 17 governors, almost a third of the board, who will join in time for the Aug. 2 meeting at which they’ll select an Academy president.

Together, the board election and the membership drive, which was undertaken with the stated goal of increasing diversity within the Academy, could supply an enormous and diverse class of 2016 to boost AMPAS’ historically white, male and old membership, and it could put a number of newcomers on a board that has long seen the same people win their seats year after year.

But there’s reason to temper thoughts of a real Academy makeover. Remember: The organization contains more than 7,000 members, almost 6,300 of whom were eligible to vote for February’s Oscars. Last year, the Academy invited 322 people to join, a record number for the decade-plus when it has been releasing the list of invitees. But to meet its stated goal to “double the number of diverse members by 2020,” it would need to take in far more than that for the next five years, with the new members heavily weighted toward women and minorities.

The organization is likely to take a step in that direction. In January, in the wake of the #OscarsSoWhite controversy caused by the second consecutive year of all-white acting nominees, the board voted unanimously to “supplement the traditional process in which current members sponsor new members by launching an ambitious, global campaign to identify and recruit qualified new members who represent greater diversity,” in the words of an Academy press release.

Also Read: Academy Tells Members, 'We Want to Strengthen the Credibility of the Oscars'

Members familiar with the process told TheWrap that many branches had a record number of applicants this year, and it’s all but certain that the list of invitees, which will be announced on Wednesday, will make a statement in favor of inclusion.

In the Board of Governors election, meanwhile, 66 people are running for the 17 open seats in the second round of elections that began with hundreds of candidates. Each branch has three governors, who serve staggered three-year terms; one seat from each branch is up for grabs every year, with incumbents eligible to run again unless they’ve already served three consecutive three-year terms.

In an attempt to shake things up, the Academy for the first time allowed any member to declare his or her candidacy for the board, a decision that in the past had been made by secret committees in each branch.

But while the first-round ballots included many candidates who were quietly campaigning for change, the final four in each branch (except the Designers Branch, which only has two candidates) are for the most part a familiar mixture of incumbents, past governors and members who have run before.

Bruce Feldman, a member of the Public Relations Branch who has been vocally critical of the way the board fails to consult members before acting, is one of the only true reform candidates still on the ballot — and he’s facing a tough race against incumbent Nancy Utley, former governor Rob Friedman (who has gotten votes for Academy president in the past) and veteran Oscar consultant Tony Angellotti. (The PR Branch, more than three dozen of whose members initially ran for the seat, has a long history of electing board members who started as publicists and went on to run studios, as Utley does with Fox Searchlight and Friedman does with Lionsgate.)

Overall, 11 incumbents are on the ballot and another 11 former governors are running to return to the board. Among the past governors running again are Rob Epstein and Michael Apted in the Documentary Branch (where the incumbent, Alex Gibney, has opted not to try to retain his seat) and James L. Brooks in the Writers Branch.

Members who’ve run for the position in the past include Cassian Elwes, Stephanie Allain, Michael De Luca, Larry Karaszewski (who lost a rare runoff election last year to Billy Ray) and James Schamus.

Also Read: Professor Todd Boyd on #OscarsSoWhite: 'The Academy's A- Was Out' (Video)

Of the 17 races, 16 include a candidate who is either an incumbent or a former governor, and five have both; only one race, for the Sound Branch seat, includes neither.

Some candidates could well have the clout to land on the board for the first time: Steven Spielberg, running in the Directors Branch, is obviously a strong contender in his race against John Badham, Thomas Carter and former governor Lisa Cholodenko. (Incumbent Kathryn Bigelow opted not to run for re-election.)

But almost all of the incumbents who sought new terms made it to the final four in their branches, and for them to be defeated by newcomers would require a real break from past voting patterns. Over the past decade, almost two-thirds of the governors elected to office have been re-elected incumbents — and the number would have been even higher but for the establishment of new branches and the creation of eight new board seats, which obviously couldn’t go to incumbents.

Maybe the #OscarsSoWhite controversy will cause that break — or, just as likely, a backlash to the board’s hasty action in the wake of that controversy could have stirred up a desire for change.

“It shook the tree,” one board candidate said of this year’s rule changes that allowed anyone to run for office. “Who knows what that means?”

We’ll know by the middle of July. But for now, even in a week that offers the Academy a chance to start transforming itself, it’s safer to expect a remodel than a revolution.