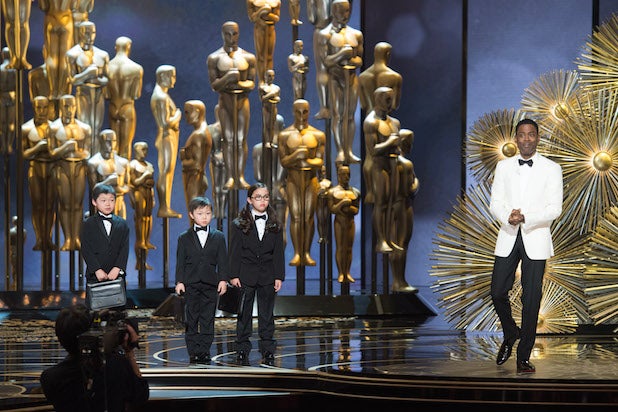 The Motion Picture Academy is setting a meeting that will take place in early April to discuss the Asian jokes that drew criticism during last month’s Oscars, according to members of the group that blasted the show for its “racist stereotypes” in a letter earlier this week.

The group of 25 members, which included director Ang Lee and actors George Takei and Sandra Oh, has been invited by Academy CEO Dawn Hudson to meet with her and AMPAS President Cheryl Boone Isaacs at the end of March or the beginning of April, producer and Academy member Janet Yang, a signatory to the letter, told TheWrap.

The Academy confirmed to TheWrap that the meeting will likely take place in early April, and will involve both Hudson and Boone Isaacs.

The letter’s signatories are also planning to invite other Asian members of the Academy to participate in the meeting.

“I’m thrilled that AMPAS has been receptive and working on resolving this issue and creating a forum to do so and being proactive with members,” Strand Releasing co-founder and Academy member Marcus Hu told TheWrap on Wednesday.

Hu, one of the signatories to the original letter, was appointed to the Academy’s Education and Outreach Committee on Tuesday as part of an effort to put minorities on the board and on key AMPAS committees.

The letter that was sent to the Academy on Tuesday came as a result of a Chris Rock skit during the Oscars in February that depicted three young Asian accountants, as well as a joke from presenter Sacha Baron Cohen. The letter read, in part, “We’d like to know how such tasteless and offensive skits could have happened and what process you have in place to preclude such unconscious or outright bias and racism toward any group in future Oscars telecasts.

“We look forward to hearing from you about this matter and about the concrete steps to ensure that all people are portrayed with dignity and respect.”