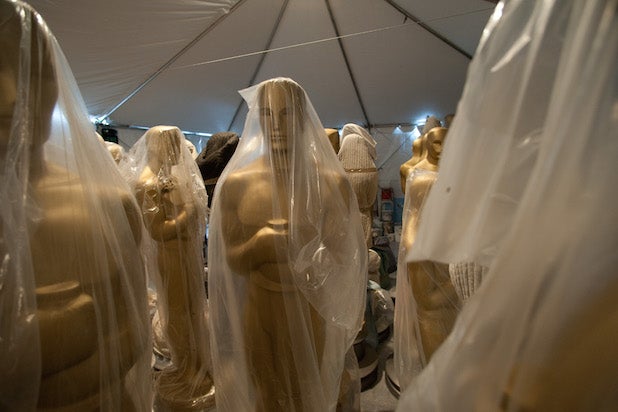 In an email to members on Tuesday afternoon, Academy of Motion Picture Arts and Sciences CEO Dawn Hudson revealed a change in the controversial method that was used to select members of each branch’s executive committee.

In the past, members of the committees, which meet two or three times a year and recommend Oscar rule changes and new member invitations, were chosen by the three governors from each branch. The committee members were not announced publicly or even revealed to members of branch they represented; while the secrecy was designed to prevent undue lobbying, it was also the subject of criticism from members who wanted to know who was acting on their behalf.

The topic prompted a heated exchange at a members meeting in 2013, after which one longtime AMPAS member told TheWrap it was “ludicrous” that members weren’t told the names on their branch’s executive committee.

From now on, said Hudson, all members will have a hand in selecting their branch’s executive committee, directly voting to select half the members of the committee. The branch governors will then select the other half of the committees, which typically include at least 20 members, and often more.

In her email, Hudson said that the names of committee members will be announced in late August. According to an Academy spokesperson, the names will not be announced publicly, but will be revealed to members via their branch page on the AMPAS members’ website.

The election of committee members will take place from July 25 through July 28.

Also Read: For the Record: Wanna Know Just How White And Male the Motion Picture Academy Is?

The email, in part:

“Thank you to all who participated in our recent Board of Governors election. The turnout was sensational and I’m looking forward to working with our terrific new Board in the coming year.

“The enthusiasm you have shown for the transformative changes we are making to the Academy’s way of doing business has been deeply inspiring.

“As we continue forward, I ask for your help once again as we move on to the election of your Branch Executive Committee. The committee, which meets two to three times a year, considers issues of great importance to the Academy and its members, including Oscar rules and the selection of new members.

“Until now, the branch governors appointed the members of each committee. The Board has recognized the need to open this process to allow for more member involvement and, from now on, half of each committee will be selected by the branch membership directly. The remaining half will be appointed by the governors. The dual system allows for direct member participation, and helps ensure the committee represents all facets of the branch.

“The selection begins on Monday, July 25 and runs through Thursday, July 28. We will announce our new executive committees in late August …