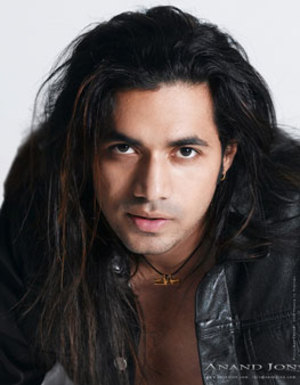 I got an exclusive interview with Anand Jon, the former fashion designer who will go on trial in early September for the serial rape of his models. The article, which includes the first look by a reporter at eight volumes of the models' testimony against him at the grand jury, is in the August issue of Los Angeles magazine, out this week. It is amazing to note that Jon, who has been rotting in the L.A. County Men's Jail for more than a year, has been virtually ignored both by local and national media. Is it because he was a small-time designer, hanging on the coattails of friends like Paris Hilton and Michelle Rodriguez? Is it because his victims were small-time farm girls lured to the big city and unworthy of attention?

I am told by one lawyer that this will be the biggest rape case in California history: 20 women are scheduled to testify against him. Their testimony is damning. But it is not quite clear to me that what Jon has done, in every case, was rape. The grand jury testimony is extremely weak in many places, and the womens' testimony is at times not credible on its face. (They stayed with him despite the alleged rape; they followed him to other cities; their excuse for doing so, in some cases is, "I'm not really sure.") In the article, Jon protests his innocence. But his most searing words are in a letter he wrote me from jail, which was too long to include in the magazine. I am posting it here, and am interested in any and all comments. Anand Jon does not appear to be a nice guy. But that is not a crime in any state.

Here's how the letter starts: "I have not seen the sky in months, 6, maybe 7. Kind of easy to lose track of time and yet be unbearably aware of its existence. I am awakened at around 5:30 am usually and on court days (once or twice a month so far) about 4:30 am and then remain in shackles while being a "sergeant-escort" to a tiny moving metal vertical coffin in a van and transported underground to the downtown court." (the rest)

And in the interest of balance, here is excerpted grand jury testimony of one accuser, Katie W.