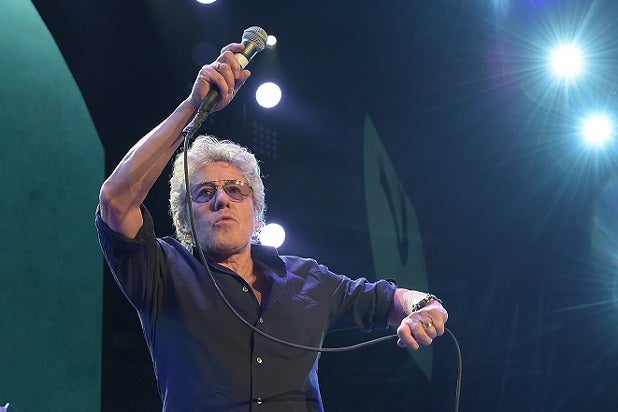 Roger Daltrey is talkin’ ’bout AC/DC — and what he has to say isn’t pretty.

Who frontman Daltrey is stepping up in defense of his fellow rock belter Brian Johnson, who recently parted ways with AC/DC due to hearing issues.

As Daltrey sees it, Johnson’s departure is AC/DC’s loss.

“I’ve spoken to Brian. He’s got loads of other things he wants to do in his life,” Daltrey told the London Free Press. “I think AC/DC will miss Brian much more than Brian will miss AC/DC. There you go. What do you expect from Australians? And he’s such a lovely guy, Brian. I’ve known him for 40-odd years, more.”

Daltrey also took Johnson’s former band to task for its “curt” handling of the departure. (In a statement, the group said, “AC/DC band members would like to thank Brian Johnson for his contributions and dedication to the band throughout the years. We wish him all the best with his hearing issues and future ventures.”)

“It must be heartbreaking for him after all the service he’s given that band over the years,” Daltrey said. “I thought their farewell statement to the press and to Brian was fairly curt to say the least. I felt for him. That must have hurt.”

AC/DC is rescheduling its tour dates with Guns N’ Roses singer Axl Rose taking the place of Johnson, who sang with the band for more than three decades. But don’t expect Daltrey to check out the new iteration of the group.

“I mean, go and see karaoke with Axl Rose? Give me a break,” Daltrey scoffed.

From Black Sabbath to INXS, here’s the good and the bad in flipping frontmen

After weeks of speculation, Guns N' Roses frontman Axl Rose is stepping in to replace longtime AC/DC screamer Brian Johnson, who bowed out of the band's current Rock or Bust tour due to hearing-loss issues.

While the choice has sparked a robust dialogue among AC/DC fans, it's hardly the first time that a band has swapped out singers. Music history is rife with such examples. As the debate over Axl/DC rages on, TheWrap ranks previous singer-swaps from best to worst -- starting, oddly enough, with ...
View In Gallery
x
Looks like you're enjoying reading