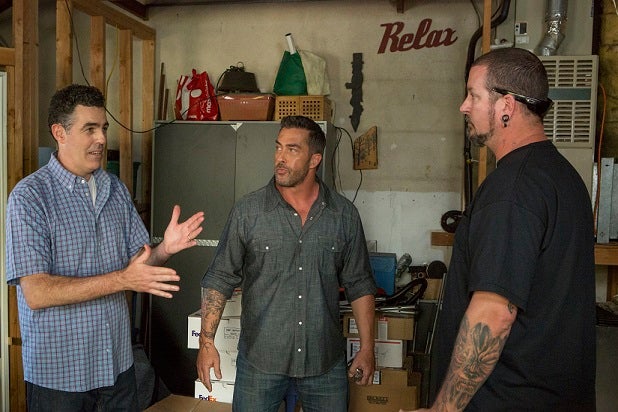 Watch out, corrupt hammer-slingers; Adam Carolla‘s coming for you.

Spike TV has renewed Carolla’s reality show “Catch a Contractor” for a third season, which will premiere in summer 2015.

The series features “Man Show” veteran Carolla tracking down contractors who’ve stiffed their clients, setting them up in sting operations and confronting them with their shoddy work. Aiding Carolla in his quest are contractor Skip Bedell and his wife, private investigator Alison Bedell,

In a new twist, the series will travel to Las Vegas in search of fraudulent contractors for its third season.

“We are thrilled to bring Adam, Skip Bedell, Alison Bedell, and the incredibly talented and innovative Eyeworks production team back for another season,” Spike TV’s executive vice president, original series Sharon Levy said of the renewal. “This is great news for our viewers, but bad news for crooked contractors in Las Vegas and Los Angeles.”

In its current second season, “Catch A Contractor” is averaging 1 million viewers.