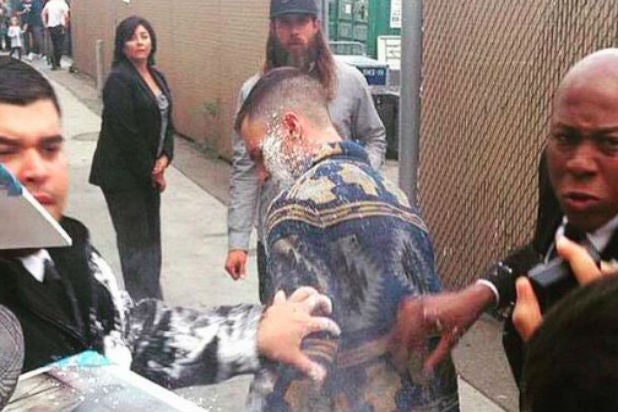 Adam Levine had a sugary reception when he arrived at “Jimmy Kimmel Live!” on Wednesday, but it wasn’t sweet.

The Maroon 5 singer was accosted with a sugar bomb as he entered the studio on Hollywood Blvd. to shoot the show.

The sugar was thrown at about 8.30 p.m. in a back parking lot area behind Jimmy Kimmel’s studios, according to ABC 7. Security and Levine’s assistant also had sugar thrown on them.

Also Read: Jimmy Kimmel Explains Manny Pacquiao Fight Cameo: 'I Asked If I Could Be His Justin Bieber' (Video)

The alleged perpetrator was reportedly arrested on suspicion of battery and Levine went on to appear with the ABC late-night host without any further upset.