Warner Bros.’ Cuban-American twist on “Father of the Bride” is coming together, with Adria Arjona set to play Andy Garcia’s daughter in the upcoming remake.

Gaz Alazraki is set to direct the romantic comedy.

Screenwriter Matt Lopez is penning the script and will draw on his experience from attending Cuban weddings. Executives Jesse Ehrman and Paul Perez will oversee development of the project at Warner Bros. 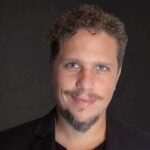 “Father of the Bride” was a remake of the 1950 original film that starred Spencer Tracy and Elizabeth Taylor. The 1991 version of the film starred Steve Martin as George Banks, a doting father who is reluctant to let go of his daughter when he discovers she’s getting married. Diane Keaton also starred in the 1991 film as George’s wife, Nina.

Arjona first broke out in Legendary’s “Pacific Rim: Uprising” and her other credits include “Life of the Party,” “Triple Frontier” and Michael Bay’s “Six Underground.” She will next star in Jared Leto’s Marvel movie “Morbius” for Sony. On the television side, Arjona booked the female lead in the upcoming “Rogue One” spinoff series “Andor,” which will star Diego Luna reprising his role as the heroic Cassian Andor.