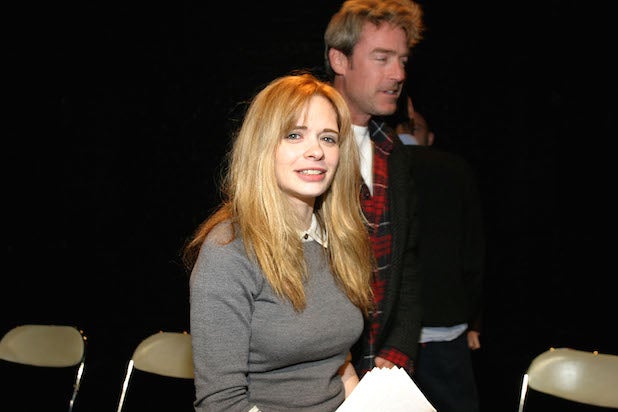 NEW YORK - OCTOBER 5: at the WET presents a reading of "Waitress" at the 13th.Street Theater. October 5, 2004 in New York City (Photo by Bowers/Getty Images)

The Adrienne Shelly Foundation has agreed to sponsor the annual Horizon Award for young female directors, which was founded by indie producers Cassian Elwes, Christine Vachon and Lynette Howell, TheWrap has learned.

The Horizon Award, now in its second year, sends two female college students or recent graduates to the Sundance Film Festival, where they will have the opportunity to have their work viewed by some of Hollywood’s most influential directors and producers, who will also provide valuable mentorship.

Last year’s award was given to Syracuse alum Veronica Ortiz-Calderon for her short film “Y Ya No Te Gustas.” This year, the Horizon Grant will be awarded to two filmmakers, each of whom will receive a $2,500 Adrienne Shelly Filmmaker Grant in addition to their all-expenses paid trip to Sundance from Horizon.

“Partnering with Cassian, Christine and Lynette on the Horizon Grant is exactly the sort of support for female filmmakers which mirrors ASF’s mission, and being able to make an impact so early in the careers of these talented young women is truly exciting,” said Andy Ostroy, executive director of the Adrienne Shelly Foundation.

“I am so respectful of what the foundation is about and what it does,” said Elwes. “The wind is behind us now since launching the award at last year’s Sundance Festival. The media is discussing the issue, the government is investigating it, and multiple organizations have taken up the cause of creating more opportunity for female directors in Hollywood. We could not be more excited to have the Adrienne Shelly Foundation join us in our cause. Adrienne was an extremely talented director and it is fitting that the foundation is helping other young female directors begin the journey.”