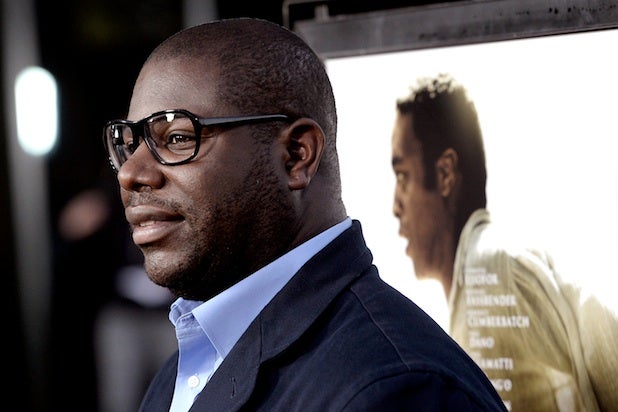 Conversations with actors Annette Bening, Michael B. Jordan, Brie Larson, Miles Teller and director Steve McQueen (“12 Years a Slave”) have been added to the lineup at the AFI Fest, the American Film Institute announced on Tuesday.

The conversations will supplement a lineup of galas and screenings that have been announced over the last two months by the festival, which will run from Nov. 7 -14 in Hollywood.

Steve McQueen’s first two films, “Hunger” and “Shame,” screened at the AFI Fest in 2009 and 2011, respectively. He will be the subject of a conversation about directing on Nov. 10 at the TCL Chinese Theatre, formerly Grauman’s Chinese.

Two days later, at the Egyptian Theatre, Annette Bening will speak to Arie Posen, the director of her upcoming film “The Face of Love,” about that movie and about her career in film.

And a number of young actors will convene for the Los Angeles Times Young Hollywood Roundtable on Nov. 8 at the Chinese 6. Participants will include Michael B. Jordan from “Fruitvale Station,” Brie Larson from “Short Term 12,” Miles Teller from “The Spectacular Now,” Greta Gerwig from “Frances Ha” and Dane DeHaan from “Kill Your Darlings.”

The AFI also said that it expects a more than 100 filmmakers from 23 countries to attend the festival, including directors Asghar Farhadi (“The Past”), Yuval Adler (“Bethlehem”), Drake Doremus (“Breathe In”), Paolo Sorrentino (“The Great Beauty”), Eli Roth (“The Green Inferno”), Amat Escalante (“Heli”), Hirokazu Kore-eda (“Like Father, Like Son”), Rithy Panh (“The Missing Picture”) and Clio Barnard (“The Selfish Giant”).

Previously announced programs include the North American premiere of John Lee Hancock’s “Saving Mr. Banks,” the world premiere of Scott Cooper’s “Out of the Furnace” and a closing night gala for the Coen Brothers’ “Inside Llewyn Davis.”

Passes and ticket passages to the festival are now on sale at AFI.com/AFIFEST, with free tickets available to the general public on Nov. 2.