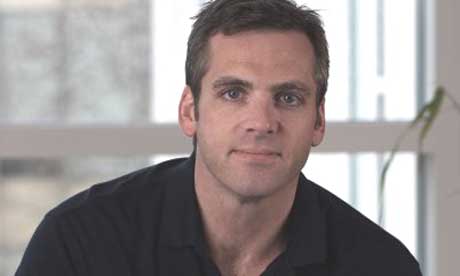 Owen Van Natta (pictured left), who was hired as CEO of MySpace less than a year ago, is stepping down — and the lieutenants with whom he was paired are taking over.

Apparently, the arranged marriage of styles — the polished, even-handed Van Natta, the hard-charging Jones and the brash and jocular Hirschhorn — wasn’t going too smoothly.

A Fox executive who spoke on condition of anonymity said that frustration was building over the slow pace of change, and this led to clashes between Van Natta — who was hired by News Corp. digital chief Jon Miller — and Jones and Hirschhorn.

Miller conducted an all day review of MySpace with his three lieutenants and at the end of the day, fired Van Natta, according to Kara Swisher at AllThingsD.

Though MySpace had recently stanched the loss of users under Van Natta’s stewardship, the soon-to-be co-presidents Jones and Hirschhorn were itching to charge ahead.

Van Natta told TechCrunch just a few days ago that he had spent the past eight months refocusing the company on its content-sharing platforms, making the once-powerful social media tool into a place to share music, video and TV clips. 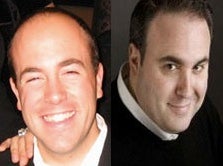 But he gave no indication that he was on the outs:

"Once you have a product strategy, you have to make sure you have the right team," he said in the interview, late last month. "We’ve built an entirely new management team at MySpace, and I’m really excited about some of the talent that we’ve brought onboard … now that talent’s starting to be bulit throughout the entire company."

But his task of turning around the fortunes of MySpace — which continues to founder while Facebook and Twitter roar ahead –wasn’t moving ahead as quickly as News Corp. brass had hoped, as CEO Rupert Murdoch hinted at during a conference call with investors last week.

Van Natta joined MySpace last April, at the same time as Jones and Hirschhorn, who at the time were installed at the time as chief operating officer and chief product officer, respectively. He’s also been at Amazon and Facebook, where he made his bones at a variety of jobs while the dominant social-networking tool was in its infancy.

With this move, Van Natta is gaining a reputation as a short-timer: Before taking the job at MySpace, he ran Project Playlist, a music startup, for less than six months.

The complete text of the release here:

“Owen took on an incredible challenge in working to refocus and revitalize MySpace, and the business has shown very positive signs recently as a result of his dedicated work,” said Jon Miller, News Corporation’s Chairman and CEO of Digital Media.  “However, in talking to Owen about his priorities both personally and professionally going forward, we both agreed that it was best for him to step down at this time.  I want to thank Owen for all of his efforts.”
Mr. Miller continued, “Mike and Jason have demonstrated true leadership in their operational and product guidance, respectively, and I have the utmost confidence in both of them to lead MySpace into its next chapter.”
In a joint statement, Mr. Jones and Mr. Hirschhorn noted:
“We joined MySpace last April with very a specific set of goals in mind, and are anxious to continue working together to make those goals a reality.  This business is now pointed in the right direction, and we have a great team of employees that will continue to push MySpace closer to its potential as the place where people go to be discovered and to discover great content.”
Mr. Van Natta commented:
“MySpace is an incredibly unique place and we’ve made real gains in terms of product focus and user experience. I’m proud of the work we’ve all accomplished together and look forward to watching its continued growth.”
Prior to his role as MySpace COO, Mr. Jones founded and operated several online businesses, including Userplane, a leading provider of tools for online communities such as MySpace. Userplane was acquired in 2006 by AOL, where Jones subsequently served as a senior vice president and focused on social media monetization and also pioneered the distribution of widgets and other technology to Web publishers. He also was founder and CEO of Tsavo Media, an online content and search network developing next-generation publishing platforms and technology services.
Since joining MySpace, Mr. Hirschhorn oversaw all aspects of product development, and previously has led both start-up and established online businesses. He was president of Sling Media, Inc’s Entertainment Group, which created consumer-driven applications and services for the Slingbox device, and was chief digital officer at MTV Networks, where he oversaw the company’s digital media businesses, products and strategies. Hirschhorn joined MTV Networks following the acquisition of his company, Mischief New Media, which provided interactive services to the entertainment industry.
News Corporation (NASDAQ: NWS, NWSA; ASX: NWS, NWSLV) had total assets as of December 31, 2009 of approximately US$56 billion and total annual revenues of approximately US$30 billion. News Corporation is a diversified global media company with operations in eight industry segments: filmed entertainment; television; cable network programming; direct broadcast satellite television; integrated marketing services; newspapers and information services; book publishing; and other. The activities of News Corporation are conducted principally in the United States, Continental Europe, the United Kingdom, Australia, Asia and Latin America.
x
Looks like you're enjoying reading