Early on during the vacation that Calum (Paul Mescal, “The Lost Daughter”) and his daughter Sophie (Frankie Corio) take to a Turkish beach resort in “Aftersun” — the heart-achingly stirring and sensorially entrancing debut feature from writer-director Charlotte Wells, set in the 1990s — a brief encounter exposes the film’s profoundly relatable thesis.

As father and child ready themselves for a game of pool, two teenage boys approach them under the impression that the pair are siblings. Once they learn he’s not a brother but a parent, their demeanor changes. Calum immediately becomes a figure of authority. They watch their language around him and treat him with an air of respect.

In their defense, Mescal’s boyish features and playful aura would deceive most, but their reaction exemplifies our collective inability to see those who raise us as individuals beyond the guardian roles they have assumed. In these kids’ perception, and at first in Sophie’s as well, Calum doesn’t exist in the same plane as them. He’s “old,” even if he’s not. 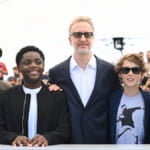 Wells opens this ode to vivid memory, which yields a fair share of unassuming epiphanies, with the distinctive mechanical sound of a rewinding tape in the family’s camcorder — a rewinding of time itself. The MiniDV footage starts just as cheeky but sensible 11-year-old Sophie teases Calum about turning 31, a young father adrift but trying to project stability for her sake. These recorded clips of isolated candid interactions tell only part of the tale.

That Sophie lives with her mother in Scotland, while Calum resides in London with no plans of moving back, means this holiday and the mental souvenirs derived from it matter gravely. Lean exposition comes in small doses offering only details relevant to this relationship, relying more on the effervescent chemistry between the two leads, whether lounging by the pool or during casual conversations that turn revelatory.

As an aesthetically innovative touch, Wells introduces shots that unfold in a dreamlike space, like a crowded concert venue that we observe only in flashes of light, where adult Sophie (Celia Rowlson-Hall, “Vox Lux”) sees her father, still as a young man, from afar. She tries to reach him, as if chasing his memory in a physical space, but he repeatedly escapes her, shrouded in darkness. It’s a touchingly immersive approach to materializing the theme. 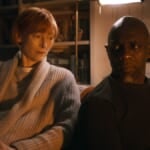 The elusive image of a man so significant to her is frozen in time in these repeated passages that eventually reach a ravishing crescendo. This imagined territory where a parent and child can meet at around the same age echoes the premise of Céline Sciamma’s “Petite Maman” in intention, although the two pictures differ tonally.

“Aftersun” evokes a radiant melancholia via the patiently watchful eye of cinematographer Gregory Oke, shockingly also in his first feature outing, which emphasizes attention to the non-verbal, specifically in how Sophie witnesses her father’s behavior. Visually fluid, the camera occasionally seems to glide between time creating the illusion of a seamless transition without cuts. Near the film’s poetic conclusion, a deftly executed sequence traverses sequences, stitching together several decades in one unhurried pan.

Fully experiential in its execution, this sun-drenched marvel employs hypnotic soundscapes that further sharpen our understanding of its metaphysical atmosphere. Far from making a traditional drama, Wells gives the concept of home movies, and the history hidden within them, added substance in what’s unspoken and preserved only in the mind of those present. What occurs uncaptured by the device’s lens is what both will remember most.

With each passing day in this seemingly uneventful getaway, “Aftersun” turns increasingly affecting the more Sophie’s coming-of-age involves grappling with the imperfect human nature of her father. At one point, Calum acts irresponsibly, but she doesn’t reproach it. Wells allows the growth to take place without explanatory dialogue. 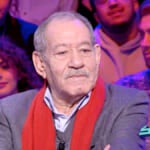 Also Read:
Ahmed Benaissa, Algerian Actor and Comedian, Dies at 78 Hours Ahead of ‘Sons of Ramses’ Premiere at Cannes

In turn, the young girl begins her own self-discovery away from adult supervision, contemplating the dynamics of adolescents around her and even sharing a prepubescent kiss with a boy her age. A wonderfully measured Corio, an actress with sensibility beyond her years, plays Sophie somewhere between ebullience and cautious curiosity about the world, but mostly about her father, whom she as watches as if trying to see underneath the dad-in-charge façade.

Certainly not a fleeting talent, Mescal continues to assert himself as an actor drawn to portrayals of conflicted men in projects with hefty pathos. Here, at once trying to create joyful moments to reassure Sophie and quietly wrestling with his own unnamed ghosts, he turns in one of the very best roles in his still emergent career.

Whether in a scene dancing with goofy abandon or one on a boat meeting a slightly younger man about to become a father, Mescal’s Calum projects an endearing openness tinged with sadness.

There’s a psychological richness to both characters; he doesn’t fulfill the image of adulthood that we are sold as children, nor does she represent an idealized picture of simplistic innocence. In every scene, as Sophie slowly discovers her father is just another person who once was a child but was forced to grew up under the merciless passage of the years, the glimpses of a playful complicity evolve into a longing for this time together even as it’s still happening.

Burdened by the thought of separation, she thinks of the sky, a singular mass that we all live under, thus we are never alone. As the title implies, “Aftersun” doesn’t deal with a parent’s overprotection, but with the way they to help us walk on our own after they are no longer around.

Calum’s love isn’t much of a reliable sunblock, because he can’t protect her from the harsh rays of life, but rather a nourishing and soothing balm for exposure to the inevitable pain of existence. In finding a deep compassion and empathy for her father, perhaps Sophie can navigate her own trials, knowing no one has it truly figured out.

That a director can summon such emotional maturity paired with grand narrative originality in her first outing, particularly working from a deeply personal standpoint, astounds. Wells, a forward-thinking artist, invites into a vortex of feelings and sensations that fully exploits the language of cinema for its gorgeously humanistic pursuit. An exquisite revelation, “Aftersun,” produced by Barry Jenkins, is the type of movie from which you don’t walk away the same person.

“Aftersun” makes its world premiere at the 2022 Cannes Film Festival.