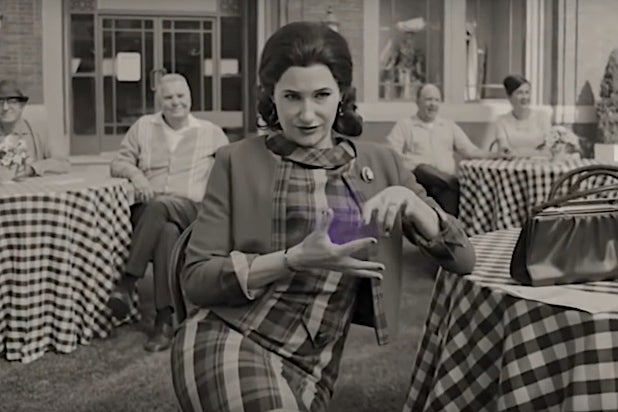 If you haven’t gotten “Agatha All Along” out of your head yet, you’re not alone. The song has been on repeat for everyone over the last couple of weeks and on Spotify it’s been streamed almost two million times.

As of Wednesday, just one week since it was been added to Spotify, “Agatha All Along” has streamed 1.8 million times, across 90 different markets. According to Spotify, the U.S., UK, Brazil, Mexico and Germany were the top streaming markets for the song.

Agatha Harkness’ catchy theme song first hit streaming services February 23, four days after it premiered on “WandaVision.” Within the day, “Agatha All Along” had gone viral on TikTok, was number one on iTunes’ Top Soundtracks charts and headed for the top 10 on iTunes’ main chart. On February 26 it was briefly dethroned by Post Malone’s cover of “Only Wanna Be With You,” released in honor of Pokemon’s 25th anniversary, but as of today sits in the top spot once more.

The success of the villainous anthem came as a surprise to Kathryn Hahn, who brings Agatha to life. In a recent interview with Seth Meyers, Hahn admitted her true reaction to the news. “Don’t understand it,” she told Meyers. Hahn doesn’t have social media herself, so she was entirely unaware of the hype surrounding the song and how quickly it went viral.

“The whole thing is so bonkers right now” Hahn said, before giving credit where credit was due, saying the success of “Agatha All Along” is really “a testament to the Lopezes who just wrote that crazy, awesome, delicious 47-second [song].”

Anyway, we know you’ve been humming the song to yourself while reading this, and since we love giving the people what they want, enjoy the official video below: