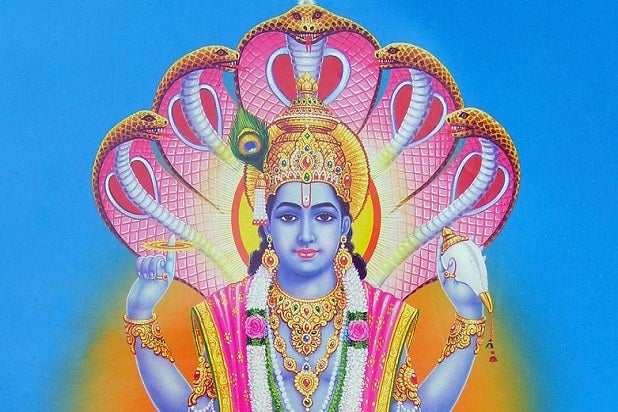 “Marvel’s Agents of S.H.I.E.L.D.” might need all its power to deal with its latest foe: The Universal Society of Hinduism.

Universal Society of Hinduism president Rajan Zed is calling for an apology, after last week’s episode of “S.H.I.E.L.D.” insinuated that the Hindu god Vishnu could be an alien.

Zed also called upon the network and the makers of the show to post information about Vishnu and Hinduism on their websites, presumably to make up for the misinformation created by the reference on the TV show.

“Rajan Zed stated that Hindus were for free speech as much as anybody else if not more,” a statement from the Society said. “But faith was something sacred and attempts at debasing it hurt the adherents. Television and Hollywood should be more conscious while handling faith related subjects, as television and cinema were very mighty mediums and these could create stereotypes in the minds of some audiences.”

“Hinduism had about one billion adherents and offered a rich philosophical thought and it should not be taken lightly. Symbols of any faith, larger or smaller, should not be mishandled,” Zed said.

The reference was made by the “S.H.I.E.L.D.” character Skye, who’s portrayed by Chloe Bennet.

As a character, Vishnu has appeared in the comic book “The Mighty Thor.”