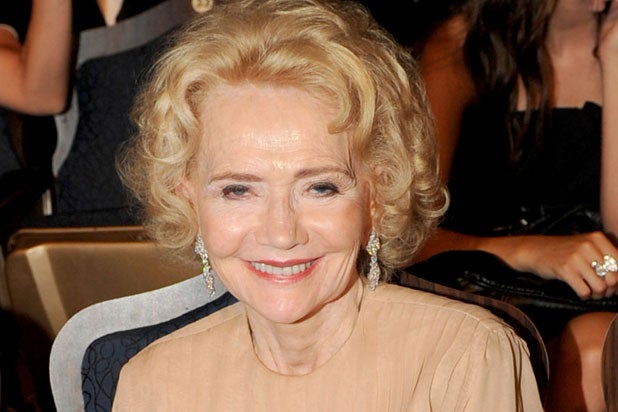 Agnes Nixon, creator of the long-running soap operas “All My Children” and “One Life to Live,” died Wednesday morning, the Philadelphia Inquirer reported. She was 88.

Among the groundbreaking moments delivered by “All My Children” was the first onscreen lesbian kiss on daytime television in 2003, and a storyline about a transgender character’s coming out in 2006.

Born in 1927 in Chicago, Nixon attended Northwestern University, and broke into soap operas as a protege of “Guiding Light” and “As the World Turns” creator Ima Phillips.

Phillips’ other protege at the time was William J. Bell, who would later create the soaps “The Young and the Restless” and “The Bold and the Beautiful.”

Susan Lucci, who portrayed Erica Kane on “All My Children,” paid tribute to Nixon via Instagram on Wednesday, writing, “I am devastated to learn that we have lost Agnes. I adored her and admired her — and I am forever grateful to her! May this liveliest and loveliest of women rest in peace.”

Nixon’s daughter Mary remembered her mother as someone who strove to help viewers understand their own lives better.

“The thing as an adult that I look back on is she really made people look at stigma and people’s own feelings about a lot of important issues in her time and in our time,” Mary Nixon told the Inquirer.

“She really wanted to help people learn and grow. It was more than just about how many marriages … [it was to help viewers] have a better understanding of life.”

“It is with a heavy heart I mourn the passing of television pioneer Agnes Nixon, someone I was proud to call a friend. Agnes’ impact on daytime television and pop culture is undeniable,” Iger said. “She was the first to champion socially relevant topics, and the towns and characters Agnes brought to life leave an indelible imprint on television that will be remembered forever. On behalf of Walt Disney and ABC, I want to extend our deepest condolences to her family.”