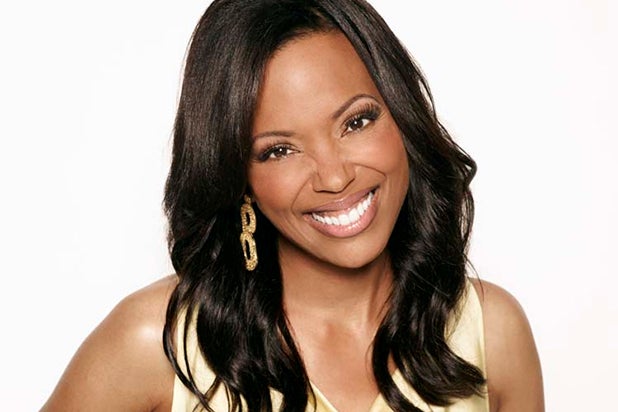 Aisha Tyler will be presented with the Celebrity in the Spotlight Liberty Award at this year’s Lambda Legal West Coast Liberty Awards.

Presenting the award is previous nominee Dan Bucatinsky, who is known for his recurring role in ABC’s “Scandal.” Raven-Symoné, who’s presently guest co-hosting on the “The View” and appeared in Fox’s hit “Empire” this season, will present an award to the Golden Globe-winning series “Transparent.” Activist Wilson Cruz is presenting an award to LGBT advocate Laurie Hasencamp.

The West Coast Liberty Awards celebrates those individuals working towards Lambda Legal’s vision of equality. Tyler has appeared on multiple TV shows such as “Glee,” “Modern Family,” “Madam Secretary” and “The Talk” and has been a vocal supporter of the LGBT community.

“I am incredibly honored to be receiving this award. I believe deeply in equality and personal freedom, and am thrilled to be supporting Lambda Legal’s critical work at this unprecedented juncture in our nation’s history, when we have come so far and yet still have far to go. I feel so fortunate to be able to advocate for LGBT rights and to fight for my family members, friends and people everywhere to live open, robust lives free from discrimination,” said Tyler.

Tyler has also supported the #IDO campaign, which is a social media campaign advocating LGBT equality. Julianne Moore, Kristen Bell, Tatiana Maslany and others have been celebrity advocates for the cause.

Lambda Legal is the country’s largest legal organization, and has worked for more than 40 years in the interests of civil rights for lesbians, gay men, bisexuals, transgender people and those living with HIV.