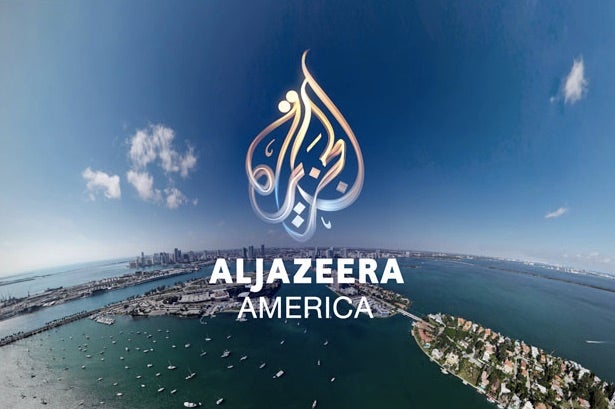 Al Jazeera America will shut down in April after less than three years on the air, the company announced Wednesday.

“While Al Jazeera America built a loyal audience across the US and increasingly was recognized as an important new voice in television news, the economic landscape of the media environment has driven its strategic decision to wind down its operations and conclude its service,” the company said in a statement.

The statement also said the network will cease operations by April 30.

Al Jazeera America, which is owned by the Qatari government’s ruling al Thani family, went live in Aug. 2013 after acquiring Al Gore’s Current TV for $500 million. The network has consistently struggled to attract ratings for its primetime programming with shows drawing as few as 30,000 viewers.

When asked what was the single biggest contributing factor to the network’s downfall, one insider told TheWrap, “Upper management…They seemed to hire all the smaller staff first–the producers, the talent–then they hired the upper management. When that happened, it seemed like there was a divide in the vision and it started going downhill from there.”

In addition, although it’s been offered on Comcast, Time Warner Cable, Dish Network, DirecTV, and Verizon FiOS, the network is not available in high-definition on most of them, a major obstacle since the technology has long been the norm. It’s also not available on Cablevision and RCN in the Tri-State Area around New York.

A bigger problem, however, may be the Al Jazeera brand, which could be tainted because of its association among many Americans with Islamist terrorism.

“There’s, frankly, too much public suspicion for a news network funded by an Arab country, in this country, for it to ever have a significant audience” irrespective of the quality of its journalism, industry veteran and University of Maryland professor Mark Feldstein said.

And then there’s the network’s online dilemma. AJAM’s agreement with cable operators limits the amount of broadcast content it can post on its website, which is a problem in the growing digital age, when its competitors are posting hundreds of clips a week in addition to original programming.

“If you notice on the website, there’s just much less content, as opposed to CNN or Fox News,” an insider told TheWrap in May, posing a big challenge for the network to reach people online, especially cord cutters who consume their news there almost exclusively.

The network has also been plagued with lawsuits alleging discrimination and sexism, with one former female executive claiming that the network abandoned objectivity in light of flagging ratings and gave systematic favorable treatment to Arabic and male employees.