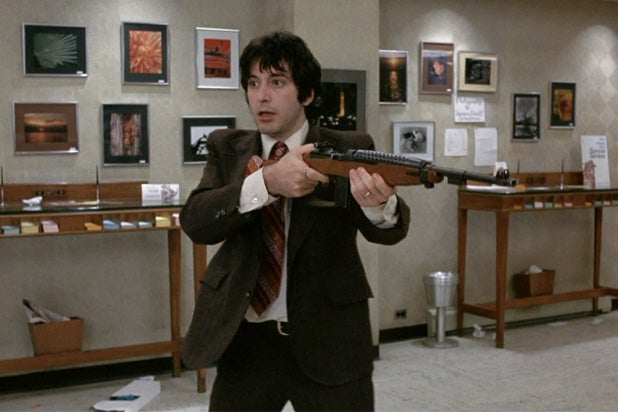 Stephen Adly Guirgis, who won the Pulitzer Prize in Drama last year for “Between Riverside and Crazy,” will write the stage adaptation.

“Dog Day Afternoon” was released in 1975 and stars Al Pacino, John Cazale and Penelope Allen and follows a man who robs a bank to pay for his lover’s operation. It holds a score of 95 percent on Rotten Tomatoes.

Warner Bros. Theatre Ventures is currently represented on Broadway with an adaptation of “Misery” starring Bruce Willis and Laurie Metcalf. “Misery” was the top grossing non-musical on the Great White Way for the week ending Jan. 3, 2016.

The company is currently represented by Roald Dahl’s “Charlie and the Chocolate Factory” in London. The company is also co-producing the Broadway production “The Curious Incident of the Dog in the Night-Time,” which was the second highest grossing Broadway play for the week ending Jan. 3, 2016.

“Between Riverside and Crazy” won the 2015 Pulitzer Prize. Guirgis’ plays have been produced on five continents and include “Our Lady of 121st Street,” “Jesus Hopped the ‘A’ Train” and “The Little Flower of East Orange,” all directed Off Broadway by the late Philip Seymour Hoffman.