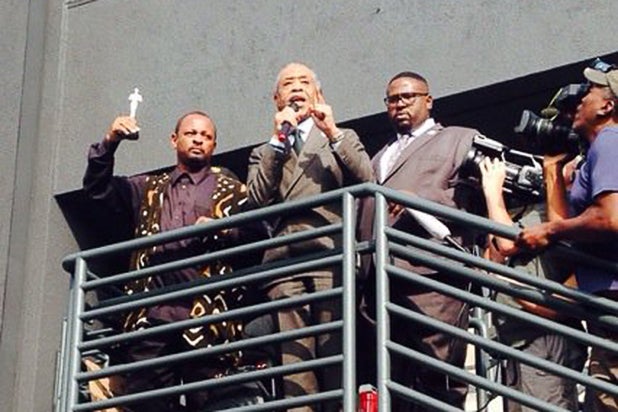 Al Sharpton led a crowd of about 70 people in a protest against the 2016 Oscars on Sunday.

“This will be the last night of an all-white Oscars,” Sharpton said at the rally in a Hollywood parking lot not far from the Dolby Theatre where the awards show was taking place.

“Clorox could not have made it any whiter,” he said, according to the New York Times.

Also read: How to Live Stream the Oscars -- But It's Complicated

Sunday’s protest took aim at the annual awards show for going two years in a row without any people of color nominated in the acting categories. The hashtag #OscarsSoWhite, which trended last year, resurfaced in 2016 when actors like Idris Elba and Will Smith were shut out of the nominations.

Protestors also gathered at the Oscars luncheon earlier in the month. At a dozen protesters appeared holding signs featuring a stark white Oscar statue set against a black backdrop with #OscarsSoWhite written in red.