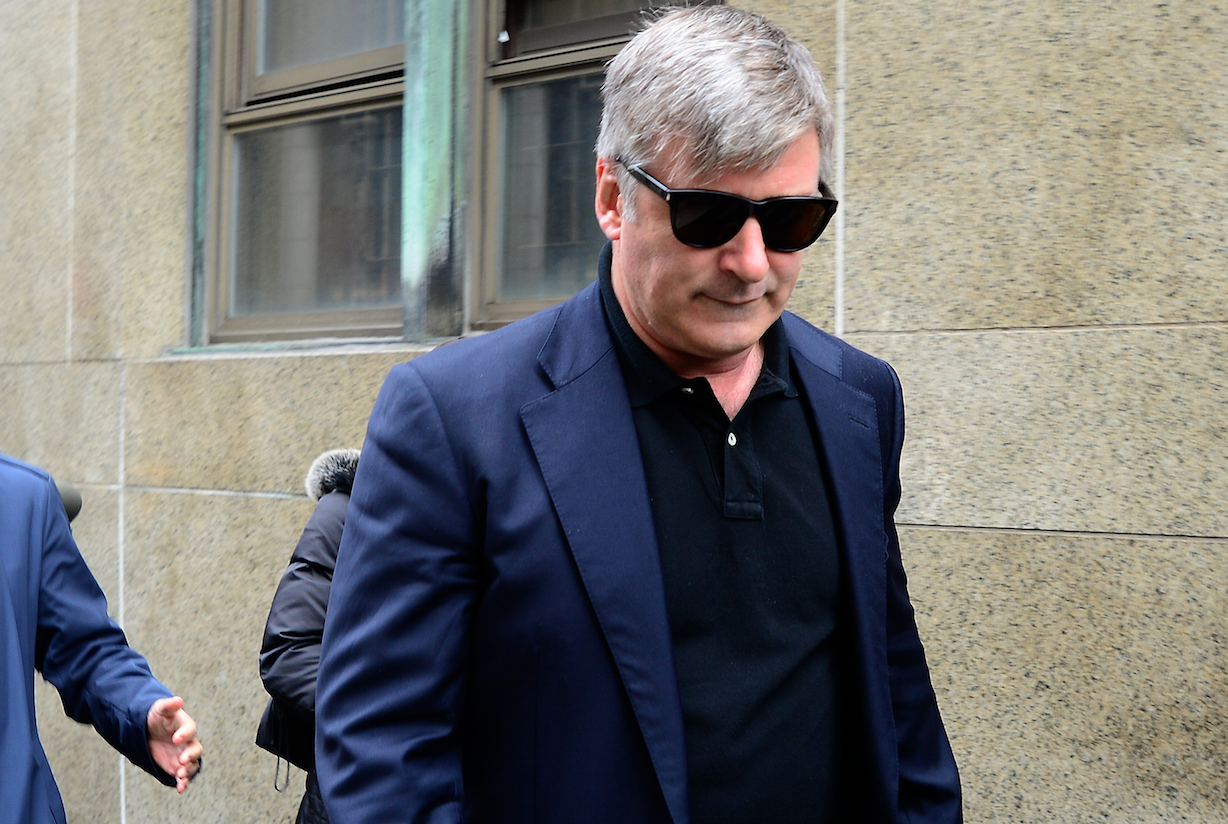 Gay activists slammed Alec Baldwin this week after the “30 Rock” star used a homophobic slur during a confrontation with a photographer.

Video footage on TMZ caught the star calling a member of the paparazzi either a “c–k sucking fag,” as the gossip site asserts, or a “c–k sucking fathead,” as the actor maintains. Regardless, the actor who has used anti-gay language in the past, is facing blowback from the LGBT community.

“Mr. Baldwin can’t lend his support for equality on paper, while degrading gay people in practice,” GLAAD spokesperson Rich Ferraro said in a statement to TheWrap. “It’s clearly time he listens to the calls from so many LGBT people and allies to end this pattern of anti-gay slurs.”

Gay journalist Andrew Sullivan was less restrained, labeling the actor a “homophobic bigot,” and argued that liberals had given the left-leaning MSNBC host a pass too many times in the past for his questionable actions.

“It seems to me that this double standard cannot stand any more,” Sullivan wrote. “And this raging, violent bigot cannot be defended any longer.”

On Twitter, Baldwin said he was not aware that “c–k sucker” was an offensive term to the gay community and he would refrain from using it in the future. He denied using the word “fag.”

“Anti-gay slurs are wrong,” Baldwin tweeted. “They not only offend, but threaten hard fought tolerance of LGBT rights.”

A friend of Baldwin’s told TheWrap that the circumstances surrounding the actor’s outburst cannot be ignored.

“No one would defend inappropriate language if it actually is used, but no one should be defending paparazzi seriously invading Alec’s privacy or physically assualting him, his wife, their 12-week-old daughter or anyone else for that matter,” the friend said.

Whether or not Baldwin used one anti-gay slur versus two, his team has been thrown into damage control mode, partly because this is the second time he has used incendiary rhetoric in recent months.

Last summer, Baldwin apologized to GLAAD for calling Daily Mail reporter George Stark a “toxic little queen” and threatening to beat him up after the journalist claimed that Baldwin’s wife Hilaria was tweeting during “Sopranos” actor James Gandolfini‘s funeral.

GLAAD indicated that his contrition has not manifested itself in meaningful action.

“Several months ago GLAAD said that his apology was a first step,” Ferraro told TheWrap.” We haven’t seen additional steps or actions since then.”

The GLAAD spokesman also hit back at any suggestion that Baldwin had been treated with kid gloves because of his liberal views or support for same-sex marriage. He said the organization’s handling of the Baldwin situation was no different than its response to Tracy Morgan, who elicited GLAAD’s ire in 2011 after delivering an anti-gay comedy set in which he said he would stab his son to death if he turned out to be gay.

Morgan apologized and met with homeless gay teens in order to make amends.

“People also think we somehow forced Tracy to visit the homeless youth center and meet with Tennessee LGBT people — not really the case, he called us and was open to working together,” Ferraro said.

It’s not clear if there will be any professional repercussions for Baldwin. Representatives for Capital One, where Baldwin is a pitchman, and MSNBC, where he hosts the show “Up Late,” did not immediately respond to requests for comment.