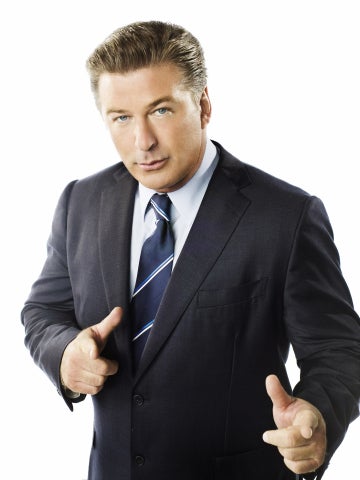 The "30 Rock" star has set a date for his departure from the limelight: March 2010, when his contract on the NBC show expires, according to Men’s Journal.

Don’t bet on it. If Baldwin’s threats smacked of deja vu, that’s because he’s made them before.

– In April 2007, following a media firestorm in response to a leaked voicemail of the actor calling his 11-year-old daughter a "rude pig," Baldwin began muttering about leaving the limelight. He said on ABC talk show "The View," "If I never acted again I couldn’t care less," and said he was trying to get NBC to release him from his contract.

– In June 2009, Baldwin said in a Playboy magazine interview that he would retire when "Rock" went off the air. "In March 2012, I’ll wake up and say, ‘What am I going to do now? Am I done?’ I think I will be done. I may finish a play or something, but I’m retiring at the wrap party."

– In the December issue of Men’s Journal, Baldwin announced: "I don’t have any interest in acting anymore," saying, "Movies are part of my past. It’s been 30 years. I’m not young, but I have time to do something else."

Baldwin’s announcement comes at a particularly busy time for him. He netted a second Emmy Award for his performance as "30 Rock’s" Jack Donaghy in the fall, will star opposite Meryl Streep in the hotly anticipated "It’s Complicated" next month, and recently was unveiled as co-host of the 2010 Oscars.

Still, if Baldwin’s latest lament is to be believed, he considers himself a disappointment. "It’s a difficult thing to say, but I believe it: I consider my entire movie career a complete failure," Baldwin said. "I’ll tell you why. The goal of moviemaking is to star in a film where your performance drives the film, and the film is either a soaring critical or commercial success, and I never had that."

As anyone who has seen his preening portrayal of executive Donaghy or his chilling monologue in "Glengarry Glen Ross" can attest, Baldwin’s exit would be a huge blow for film and television.

But don’t get upset just yet. In 2000, the actor allegedly claimed he would leave the country if George W. Bush won the presidency.

At last count, Bush got elected and Baldwin continues to live in New York, which remains very much a part of the U.S.A.

Of course, Baldwin later denied ever making his famous pledge.