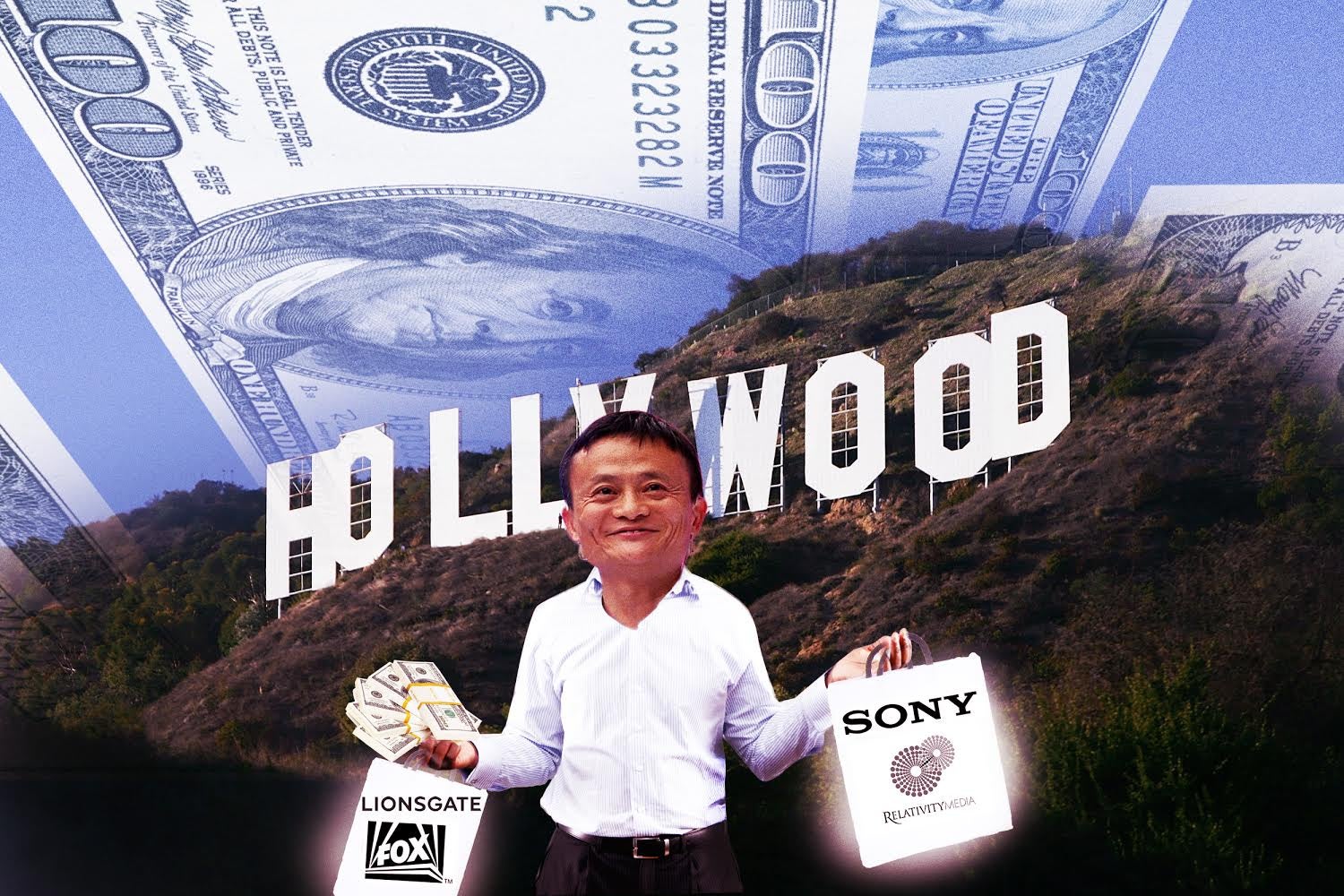 Fresh on the heels of its public offering, a cash-rich Alibaba this week stalked Hollywood content companies including Fox, Sony, Relativity and Lionsgate, looking to buy content for its digital properties.

A individual close to the meetings confirmed to TheWrap that Relativity executives met with Alibaba’s team to discuss partnerships, while an individual close to Sony told TheWrap that the Alibaba team met with studio executives on Tuesday. According insider, the team had a meeting with Paramount as well. While Ma departed Hollywood sooner than expected, his team stayed in town to met with Fox’s Jim Gianopulos, an individual with knowledge of the situation told TheWrap.

The Chinese e-commerce company saw a world-record breaking IPO of $25 billion in September. Since then Ma, China’s richest man, has set his sights on Hollywood for content for phones and tablets in China’s exploding market for electronics. Ma, who has gone on the record naming “Forrest Gump” as his favorite movie of all time, also has access to massive amounts of audience data that would be powerful in a studio partnership.

“I come here to learn, I want to come here looking for partners,” Ma said Monday at the Wall Street Journal Live conference in Laguna Beach, Calif., according to Bloomberg. “We worry about people with deep pockets but shallow minds, so movies are the best way to change Chinese young people’s behavior.”
Last week media reports said Ma was in talks to acquire hedge fund manager and Lionsgate Chairman Mark Rachesky‘s 37.4 percent stake in the “Hunger Games” studio. In July, Lionsgate announced a deal with the Chinese mega-corporation to create a streaming service on its new set-top box, which will give consumers in China access to programming from the studio’s film and TV divisions.

Lionsgate has a profitable theatrical business, strong worldwide distribution and home entertainment and companies in international territories. While the “Hunger Games” franchise is coming to an end, the studio remains attractive to Asian buyers looking for the complete package. Lionsgate also has robust international sales everywhere except China, making a case for the studio to be on the lookout for additional partnerships.

Relativity Media already has put pieces in place to look attractive to an Asian investor. The company is international distribution partner for Chinese-language films licensed by China Film Promotion International, a state-owned government agency that oversees the distribution of Chinese films overseas. Relativity is also teaming with Jiangsu Broadcasting Corp. to develop, co-finance, co-produce and distribute film and TV content for both the international and Chinese markets.

The executive close to Sony stressed that the meeting did not mean the two sides were close to a co-financing deal, but were merely exploring options. Sony has a few aging franchises like “Spider-Man,” “Jump Street,” and “Bad Boys,” but also has strong animation properties that are important to Asian markets, including “Smurfs” and “Cloudy with a Chance of Meatballs.”

DreamWorks said it had no meetings planned with Alibaba. Warner Bros. and DreamWorks Animation had  no comment on any pending meetings with Ma. Universal, Disney, Paramount and TWC did not respond to TheWrap’s requests for comment.