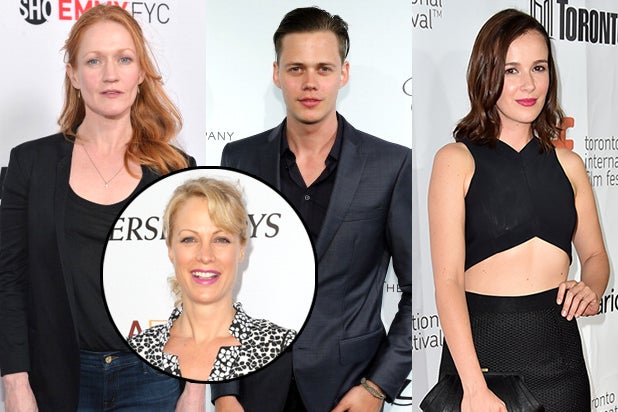 Connie Hoy is producing under her Maindiner Entertainment banner along with Eastwood, who has recruited her father Clint Eastwood‘s longtime editor Gary Roach for the indie project.

Red River Studios is financing the film, which will be executive produced by Red River’s Michael G. Wallace. Production starts later this month in Mississippi.

Written by Anthea Anka, the daughter of Paul Anka, “Battlecreek” is a love story about reconciling the past and finding your future.

Skarsgard will play a gifted young painter with a rare skin disorder who must live his life at night due to his affliction. When he meets a young woman (van der Boom) with her own demons, their blossoming romance compels him to challenge his overbearing mother (Malcomson) and break free of the lies that have bound them together for years.

“Battlecreek” has been a longtime passion project for Eastwood, who previously directed the 2007 drama “Rails & Ties,” which starred Kevin Bacon and Marcia Gay Harden. She’s repped by Mavrick Artists Agency.

Van der Boom, who recently played a young Diane Keaton in “Ruth & Alex,” will soon be seen on NBC’s “Constantine.” She has appeared on such TV series as “Masters of Sex” and “Hawaii Five-0,” as well as the Australian features “The Square” and “Red Hill.” She’s repped by Paradigm, 3 Arts Entertainment and United Management.