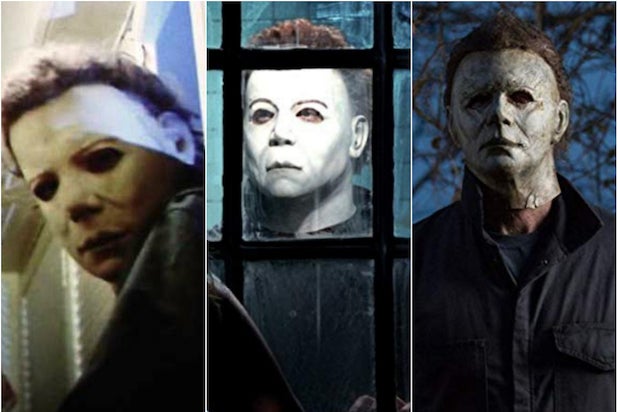 When John Carpenter made the original "Halloween" in 1978, it was just another horror movie in a long line of horror movies. But the blockbuster success of this low-budget movie, about a masked killer murdering babysitters, made "Halloween" a cultural institution. The film spawned legions of imitators and codified the slasher genre as we still know it. And yet the official "Halloween" franchise has often struggled to meet the standard of the movie that inspired the craze.Let's look back at all of these classic (and not so classic) horror movies, and see how they stack up: 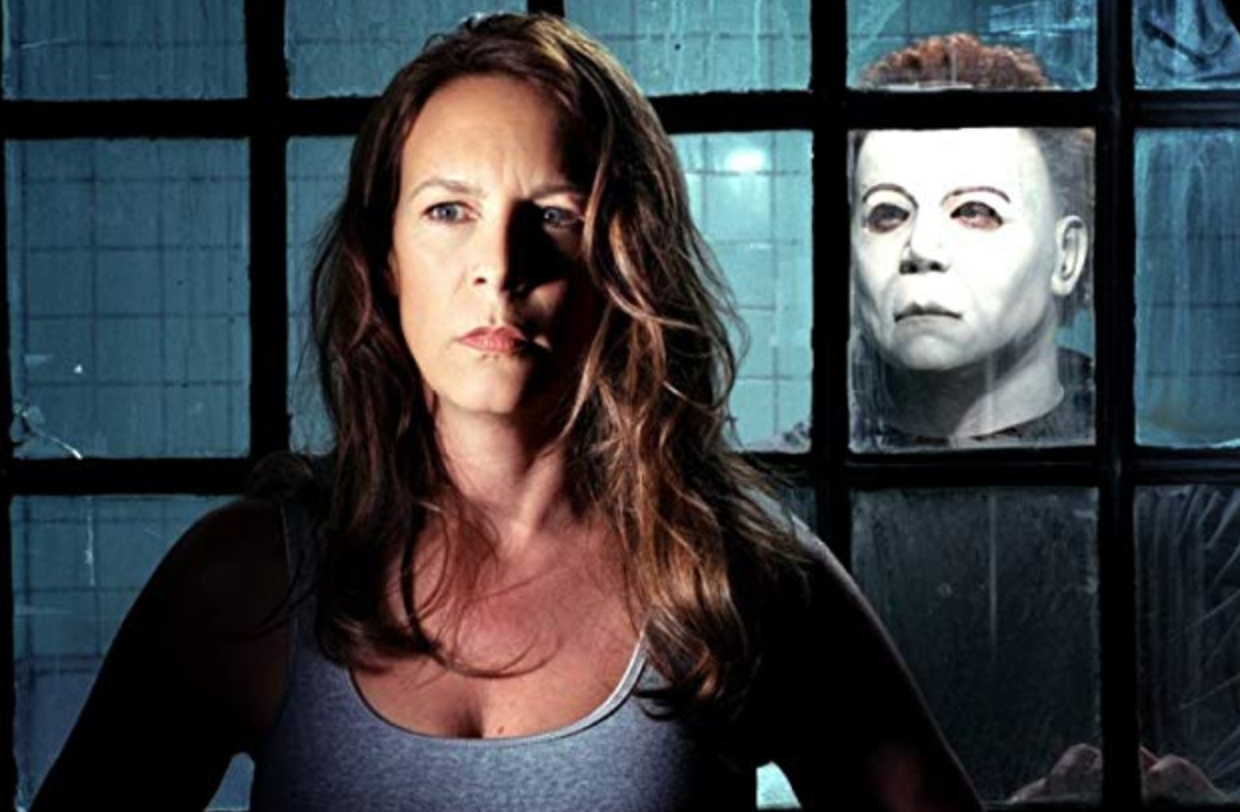 Dimension Films
13. "Halloween: Resurrection" (2002) The worst "Halloween" movie commits two cardinal sins. First, it nullifies the intense and satisfying finale of "Halloween H20" by striking Laurie Strode's personal victory from the record; now, not only did she kill an innocent man instead of Michael Myers, but Myers destroys her instead. Second, and perhaps more laughably, the eighth film in the series desperately tries to be "hip" and "now" by building a limp narrative around an online reality TV series set in Myers' actual house. "Resurrection" isn't smart enough to be meta, nor is it scary enough to be engaging. (But it does have Busta Rhymes roundhouse kicking Michael Myers in the face, so it's not a total waste.) 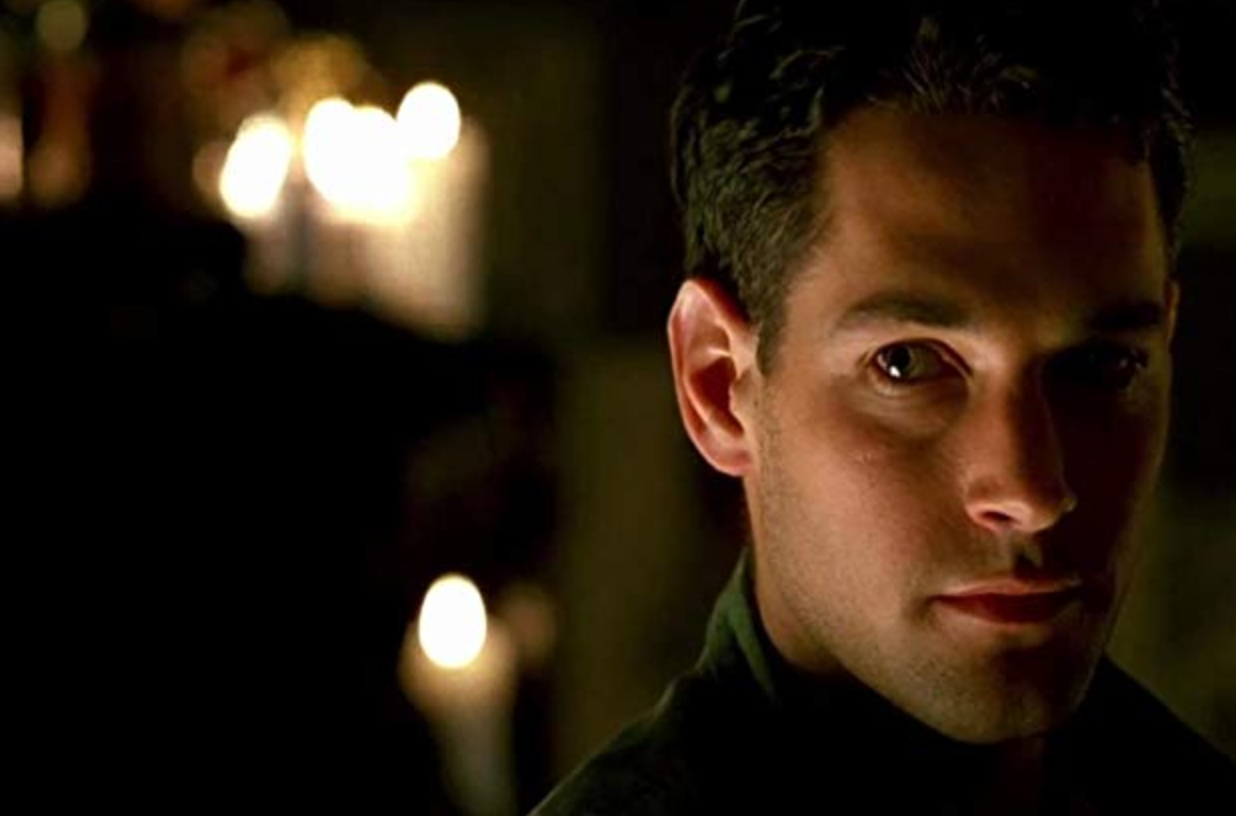 Dimension Films
12. "Halloween: The Curse of Michael Myers" (1995) The sixth "Halloween" film is where the franchise completely flew off the rails by introducing the Cult of Thorne, a supernatural organization that needs Michael Myers to kill every member of his family in order to stave off the apocalypse. Paul Rudd stars as Tommy Doyle, the little boy who survived Myers' attacks in the original "Halloween," and Donald Pleasance returns for one last film as Dr. Loomis -- only to be killed confusingly off-camera during the closing credits. "The Curse of Michael Myers" is confusing, choppy, and utterly absurd. 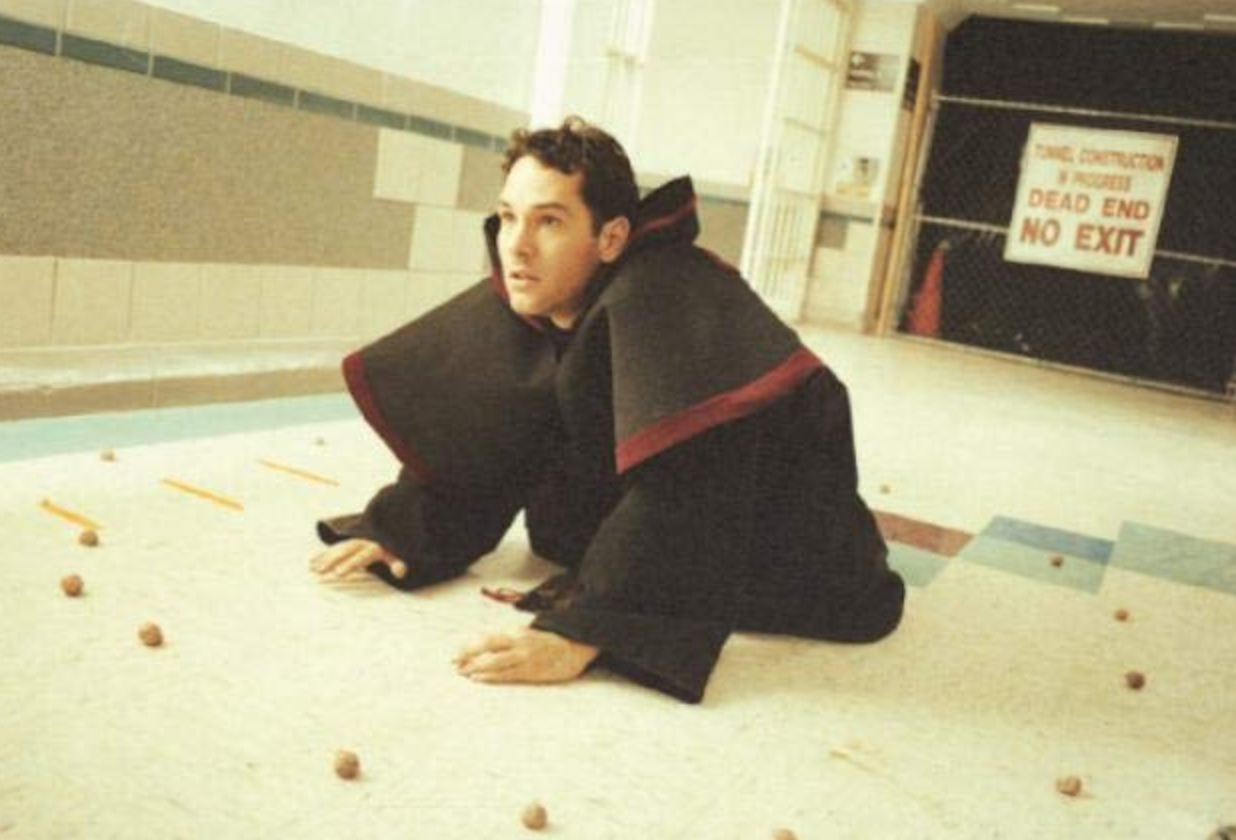 Dimension Films
11. "Halloween: The Curse of Michael Myers" (Producer's Cut) The original, substantially different "Producer's Cut" of "The Curse of Michael Myers" was a bootleg cult commodity for many years, and it was finally officially released on home video in 2014. It's still a fundamentally strange motion picture, but at least this version makes more sense, revealing more disturbing truths about the Cult of Thorne and giving Dr. Loomis an interesting cliffhanger to go out on, as opposed to the frustrating anti-death of the theatrical release. The "Producer's Cut" still isn't good, per se, but it's a lot more effective and entertaining. 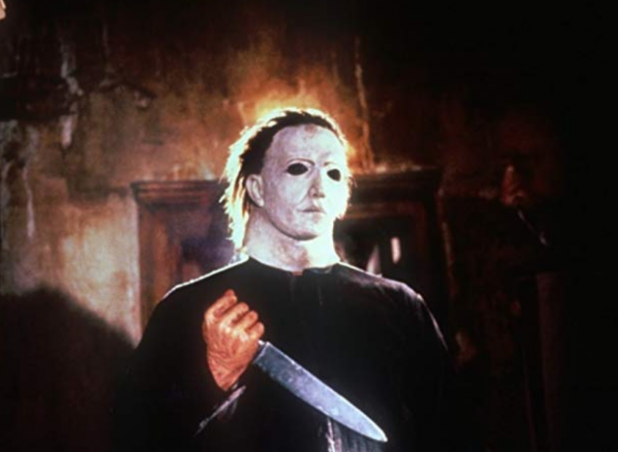 Magnum Pictures
10. "Halloween 5: The Revenge of Michael Myers" (1989) Michael Myers returns to finish the job he started in "Halloween 4," by killing his niece, Jamie, once again played by Danielle Harris. This time, Jamie is trapped in a mental hospital, and she's got psychic powers, which don't always help her friends survive Myers' latest murder spree. The scene with young Jamie trapped in a laundry chute is genuinely terrifying, and Pleasance adds some real emotion to his climactic confrontation with Myers. It's an eccentric, somewhat enjoyable slasher sequel, but the goofiness ultimately bogs it down. 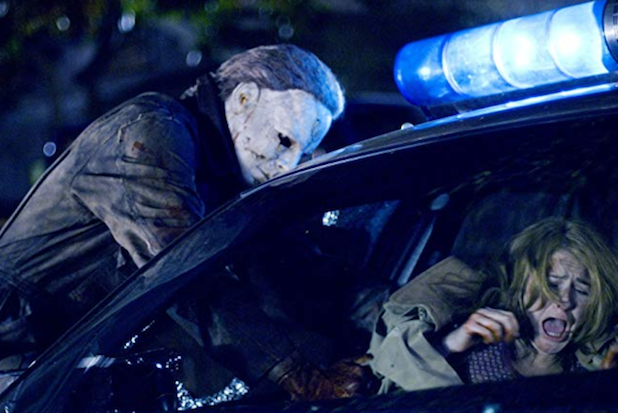 Dimension Films
9. "Halloween" (2007) Rob Zombie rebooted the whole "Halloween" franchise with a remake that tried, for better or worse, to finally get inside Michael Myers' head. The remake shows Myers growing up in an abusive household, showing early warning signs of becoming a serial killer, and then relegates the majority of John Carpenter's original film to a third-act murder spree. It can be argued that Zombie completely missed the point by trying to explain the unexplained, thus making Myers just another serial killer. But perhaps, by not repeating what had been produced before, he was actually preserving the original film's integrity. Taken on its own, Zombie's "Halloween" is a satisfying, albeit cynical and depressing horror movie. But for fans of the originals, it's hard to accept, let alone appreciate. 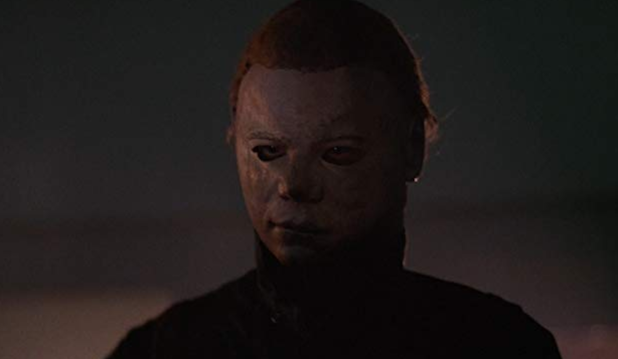 Universal
8. "Halloween II" (1981) The first "Halloween" sequel picks right up where the original left off, with Michael Myers skulking into the shadows and resuming his murder spree. It's a lean, mean slasher, but it's also where the franchise's problems started to develop. The revelation that Laurie Strode was Michael's sister had the same impact as Zombie's "Halloween," revealing too much about the killer's motives and telling the audience that they're basically safe unless they're either related to the killer or standing near someone who is. Throw in some frustrating pacing issues, and you've got a sporadically satisfying but flawed follow-up. 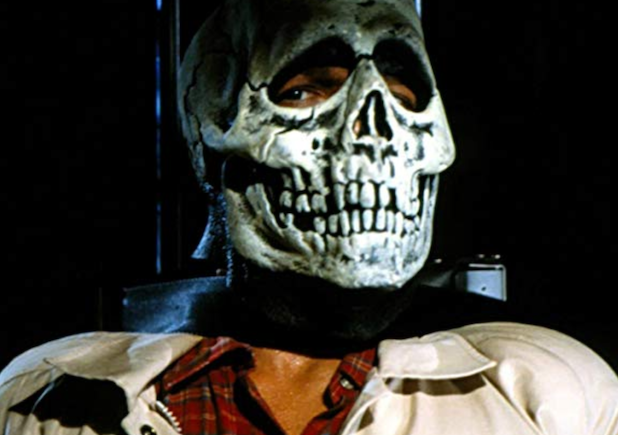 7. "Halloween III: Season of the Witch" (1982) John Carpenter envisioned "Halloween" as a series of unrelated horror movies set on or around October 31, and if they'd released "Season of the Witch" instead of "Halloween II," he might have gotten away with it. But after two Myers movies, fans balked at Tommy Lee Wallace's unusual flick, about evil Halloween masks designed to murder people in a mass pagan sacrifice. And yet time has been relatively kind to "Season of the Witch," a highly entertaining and spectacularly weird motion picture with a killer ending, oddball performances and memorable murders. It's nowhere near as well crafted as the original "Halloween," and it's exceptionally hard to take seriously, but it's nevertheless a hoot. 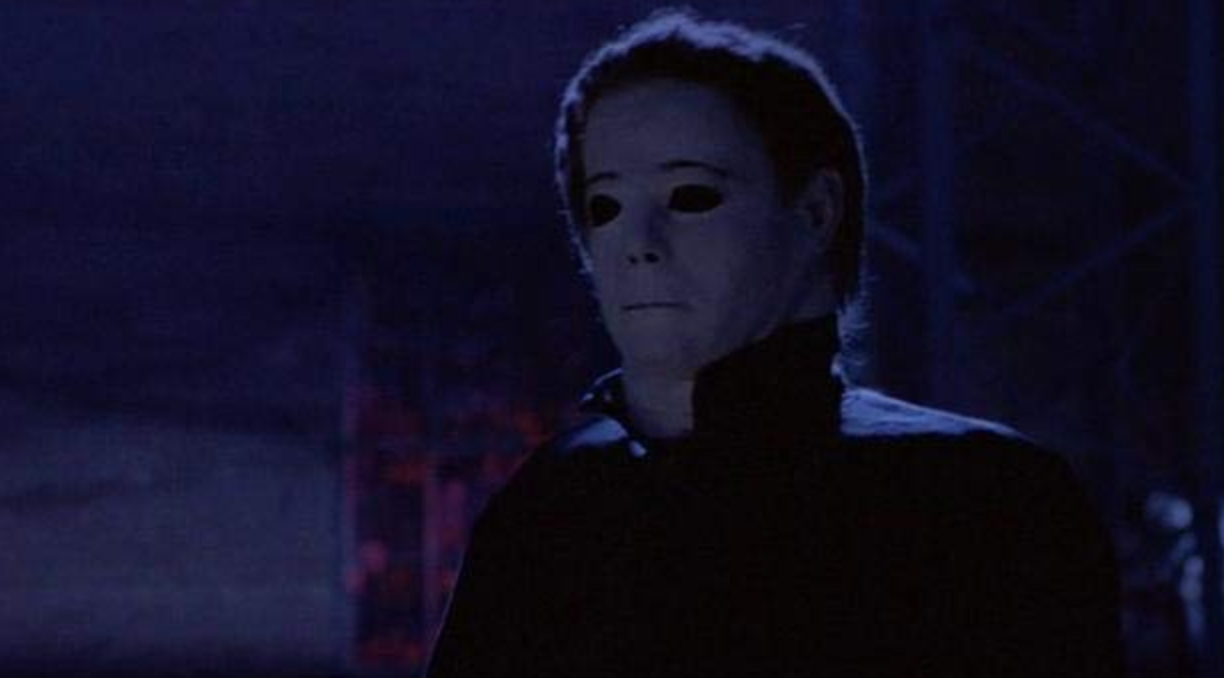 Trancas Films
6. "Halloween 4: The Return of Michael Myers" (1988) Michael Myers returns after taking a season (of the witch) off in "Halloween 4," an impressively scary, rock-solid slasher. Myers is back to kill the rest of his family, specifically Jamie, the daughter of Laurie Strode (who died between films), and it's up to her babysitter to save her. Creepy cinematography and suspenseful set pieces help bolster a film that builds to a terrifying finale... which "Halloween 5" almost completely ignored. But taken on its own, "Halloween 4" is one of the best and scariest films in the series. It sticks to the fundamentals of the franchise and reaps all the rewards. 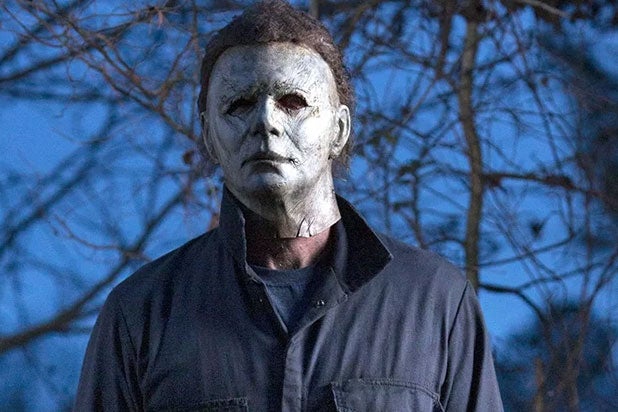 Universal
5. "Halloween" (2018) David Gordon Green's "Halloween" isn't the first film to ignore the majority of the franchise's continuity, and it's not the best either. But it's an impeccably stylish slasher thriller, in which Myers returns to Haddonfield 40 years after the massacre, where Laurie Strode is waiting for him along with her estranged daughter, played by Judy Greer, and her loving granddaughter, played by Andi Matichak. The scares are freaky, the dynamic between all three generations of the Strode family is honest and mature, the cinematography and score are absolutely spectacular. If only the story weren't so incredibly contrived, and if the film's themes were actually explored instead of just awkwardly spoken aloud, it might have been the second best film in the series.

Universal
4. "Halloween Kills" (2021) Green's follow-up to "Halloween" (2018) has all the style of its predecessor, but it's got something much more insidious on its mind this time. Michael Meyers has escaped -- no surprise there -- and "Halloween Kills" follows his increasingly elaborate and grotesque killing spree while the townsfolk of Haddonfield deteriorate into a homicidal mob, desperate to destroy the cause of their pain, unaware that they are trapped in a generational, and now self-perpetuating, cycle of pain and trauma. Sloppy but ambitious, "Kills" does a satisfying job of turning Meyers into a proper boogeyman once again. 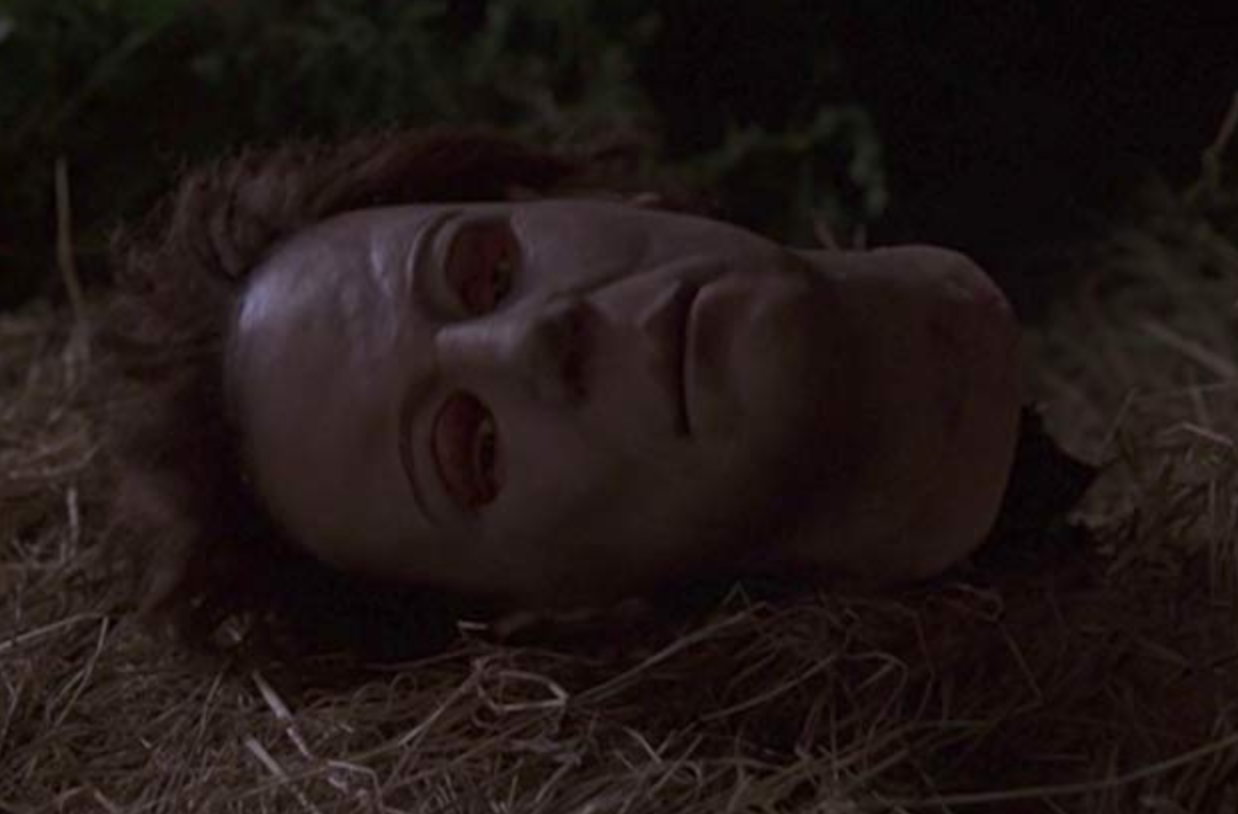 Dimension Films
3. "Halloween: H20" (1998) The first "Halloween" film to completely reset the franchise continuity (and to depict Laurie Strode as a traumatized woman living in fear of Michael's return) is a slick and emotionally satisfying finale to the franchise -- even though it turned out not to be the finale. Myers finally tracks down Laurie, living under a new name and working at a private school, where her son (Josh Harnett) and his girlfriend (Michelle Williams) are hiding out for Halloween when they should be on a field trip. Myers attacks and gets a few bloody kills in before Laurie rescues the kids and walks right back inside, with the sinister "Halloween" orchestral theme now playing as her empowering ballad. The slasher elements are above average, but it's Curtis who brings "H20" to life by delivering one of the finest performances of her career. 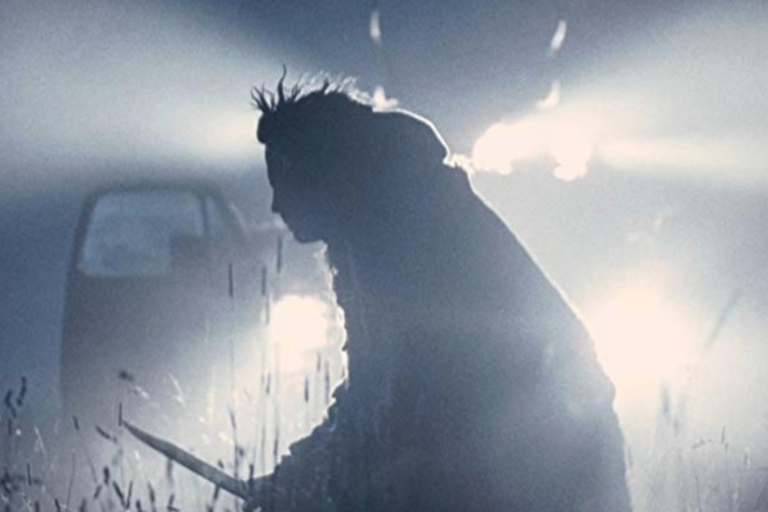 Dimension Films
2. "Halloween II" (2009) Rob Zombie played with fire by remaking John Carpenter's "Halloween," one of the most celebrated horror movies ever made. But the "Halloween" sequels were always a hodgepodge of disjointed ideas, and his Zombie's to condense all those weird elements into one single film is actually a major improvement. "Halloween II" shoves the hospital attacks, psychic connections, scary evolutions of innocent characters, and Dr. Loomis's strange post-Myers adventures together and creates a hypnotic, trippy, disturbing motion picture that could have sent the whole rebooted franchise into a fascinating new direction. (Even though it didn't.) 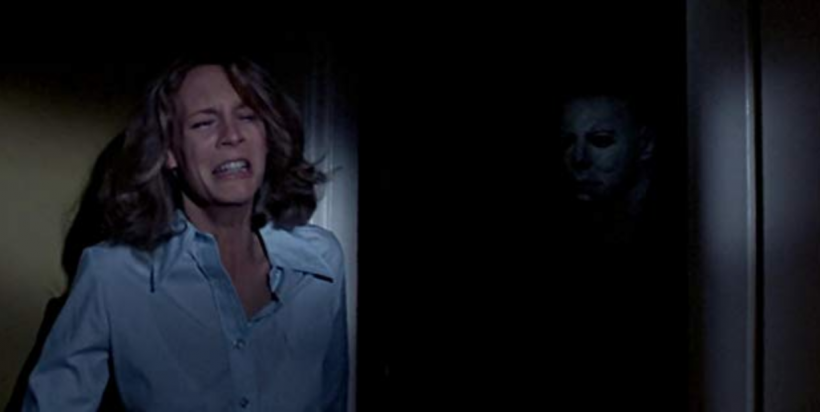 Columbia Pictures
1. "Halloween" (1978) Turn off the background noise of the sequels, reboots and retcons, and just watch John Carpenter's "Halloween" for what it always was: a terrifying urban legend come to life. Carpenter films the hell out of "Halloween," with eerie Panaglide shots from Myers' point of view, giving him a wraithlike quality, and masterful editing that builds and builds and builds the suspense until Myers' wrath finally, brutally breaks the tension. It's a smart, earnest, believable horror movie, the sort of tale that could easily happen anywhere. "Halloween" has always been terrifying. It probably always will.