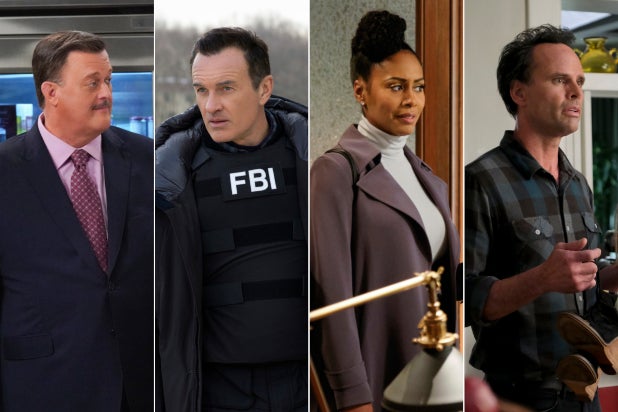 CBS has renewed 18 of its primetime series for next season, including four rookies “All Rise,” “Bob Hearts Abishola,” “FBI: Most Wanted” and “The Unicorn.”

Those four join the previously-renewed “Evil” as newcomers that will return for a sophomore season.

At the same time, “Carol’s Second Act,” “Tommy,” “Broke” and “Man With a Plan” were all canceled.

Also Read: How CBS Pulled Off a New 'All Rise' Episode During a Pandemic

“Thanks to these exceptional shows, we’re going to win the current season by 1 million viewers,” said Kelly Kahl, President, CBS Entertainment. “Next year, we’ll have these strong returning series as our foundation…and Super Bowl LV too. It’s a well-balanced lineup across Entertainment, News and Sports that will put us in an incredibly stable position for 2020-2021.”

The network is the first to solidify its fall programming slate, though it’s unclear if CBS will make any new series pickups given that pilot season was shutdown when the coronavirus pandemic shuttered all Hollywood productions. CBS plans to unveil its fall schedule on May 19 in a virtual setting.

With the glitzy, in-person presentations for advertisers that would traditionally take place next week during “Upfront Week” canceled, ViacomCBS is holding a two-day virtual presentation. On May 18, ViacomCBS will spotlight its programming from its Entertainment & Youth and Kids & Family brands, BET, Pluto TV. The next day, along with the CBS schedule release, CBS All Access and CBS Sports, including Super Bowl LV, will be featured.