Allen Hughes is set to direct “What’s Going On,” a biopic about the late legendary soul singer Marvin Gaye at Warner Bros., according to an individual with knowledge of the project.

The script was written by poet and playwright Marcus Gardley and acquired by the studio. Motown and the late singer’s estate were part of the deal, allowing the use of Gaye’s signature songs. 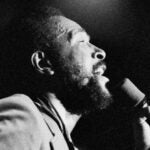 The film has a budget north of $80 million — the most ever for an African American music biopic. Jan Gaye, the late singer’s widow, is executive producing the film along with Suzanne de Passe. Casting is currently underway for the actor to portray Gaye in the film, which will begin production in 2022 for a 2023 release.

The “What’s Going On” album, which turned 50 last month, was inspired by Gaye’s upbringing in Detroit and his personal ties to the Vietnam War, where his brother served in the military. The title track was originally written as a protest song against the war, but has since become an anthem for other social justice causes like the Black Lives Matter movement.

Marvin Gaye was inducted into the Rock and Roll Hall of Fame in 1987 for his contribution to soul music and the Motown sound. Rolling Stone ranked the “What’s Going On” album No. 6 on its list of the top 500 albums of all time, and named Gaye No. 18 on its list of the top 100 artists of all time. He was honored with a lifetime achievement award at the 1996 Grammy Awards.

Gaye died in 1984, one day before turning 45, after being shot in the chest by his father in the family’s Los Angeles home.

Hughes is repped by WME and Hansen Jacobson.