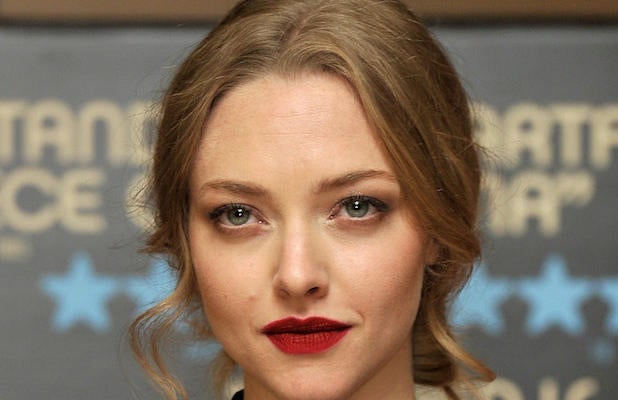 Offering a new take on the origin of the classic characters created by J.M. Barrie, the film follows the story of an orphan (newcomer Levi Miller) who is spirited away to the magical Neverland. There, he finds both fun and danger, and ultimately discovers his destiny — to become the hero who will be forever known as Peter Pan.

Newcomer Leni Zieglmeier has been cast as Wendy Darling, and the ensemble has also added Jack Charles as The Chief/Tiger Lily’s father; Taejoo Na as Kwahu; Nonso Anozie as Bishop; Kathy Burke as Mother Barnabas; Kurt Egyiawan as Murray; and Lewis MacDougall  as Nibs.

Wright is directing the as-yet-untitled Peter Pan adventure from a screenplay by Jason Fuchs. Greg Berlanti, Paul Webster and Sarah Schechter are producing, while Tim Lewis is executive producing. Warners executives Courtenay Valenti and Andy Fischel will oversee for the studio.

Filming will take place at Warner Bros. Studios Leavesden, and the studio will release “Pan” on July 17, 2015.

Seyfried, who will play Mary, will soon be seen in Seth MacFarlane’s comedy “A Million Ways to Die in the West.” She’s also set to star opposite Mark Wahlberg in MacFarlane’s upcoming sequel “Ted 2.” She’s repped by Innovative Artists.