Amazon will acquire MGM for $8.45 billion, the companies announced Wednesday.

The deal represents tech giant Amazon’s biggest entry into the entertainment content business, as well as its second-largest acquisition behind its $13.7 billion deal to buy Whole Foods in 2017. The acquisition is subject to regulatory approvals and other customary closing conditions.

The storied Hollywood studio boasts a library that includes 4,000 film titles and 17,000 hours of TV programming, catnip to a tech giant looking to feed its hungry streaming service with content as rivals like Netflix, Disney and the upcoming WarnerMedia/Discovery bulk up their offerings in the space.

“The real financial value behind this deal is the treasure trove of IP in the deep catalog that we plan to reimagine and develop together with MGM’s talented team. It’s very exciting and provides so many opportunities for high-quality storytelling,” Mike Hopkins, senior vice president of Prime Video and Amazon Studios, said in a statement on Wednesday, noting that MGM has accumulated 180 Oscars and 100-plus Emmys for film hits like “Creed,” James Bond, “Legally Blonde,” “Moonstruck” and “Tomb Raider,” as well as small-screen successes like “The Handmaid’s Tale,” and “Vikings.”

But Amazon will acquire only a 50% stake in MGM’s biggest franchise, James Bond, which the studio shares with longtime 007 producers Barbara Broccoli and her brother, Michael Wilson — whose creative control of the series includes the timing of new films, the casting of the lead role and approval of TV spinoffs (which they have so far refused). The 25th film in the series and the last to star Daniel Craig, “No Time to Die,” is due in theaters this October.

The 97-year-old studio, which has been controlled by Anchorage Capital for the last decade since filing for bankruptcy in 2010, had been exploring a sale since late last year with an asking price of a reported $5.5 billion — significantly under the price that Amazon ultimately agreed to pay.

Kevin Ulrich, Anchorage CEO and chairman of MGM’s board of directors, praised the new deal. “I am very proud that MGM’s Lion, which has long evoked the Golden Age of Hollywood, will continue its storied history, and the idea born from the creation of United Artists lives on in a way the founders originally intended, driven by the talent and their vision,” he said in a statement. “The opportunity to align MGM’s storied history with Amazon is an inspiring combination.” 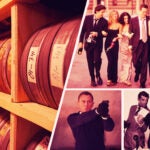 Also Read:
Inside the Fight for Exclusive Content as Streamers Acquire Studio Libraries

The deal comes on the heels of AT&T’s recent deal to spin off WarnerMedia in a merger with Discovery, another indicator of the need for companies with streaming services to gobble up smaller studios or content libraries to feed the streaming beast.

Along with its extensive film and TV library, MGM also owns premium cable network Epix, which earlier this year expanded its partnership with Paramount to make films licensed to the network available on Paramount+. In 2019, the studio grossed just over $23 million at the domestic box office — though several of its films were co-productions or distributed by other studios.

Not only does Amazon — with a market cap of more than $1.6 trillion — have deep pockets, but gaining access to MGM’s content is in keeping with its voracious appetite for building its media division. Amazon spent $11 billion in 2020 on movies, TV shows and music for its Amazon Prime service.

The company had also recently arranged for Jeff Blackburn, who had left the company in February, to return next month as SVP of a new media division that will include all of the company’s media services, including Amazon Prime, Twitch, Audible, and Amazon Studios.