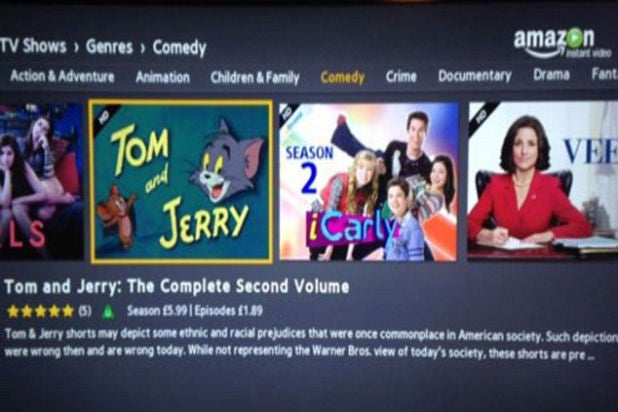 It seemed innocent when we were kids, but now “Tom and Jerry” has issued a warning label about being potentially racist.

Warner Bros.’ classic cat and mouse cartoon from the 1940s now comes with a disclaimer on iTunes and Amazon Prime Instant, saying that the animated series may contain scenes of “ethnic and racial prejudice.”

“Tom and Jerry shorts may depict some ethnic and racial prejudices that were once commonplace in American society,” the disclaimer states. “Such depictions were wrong then and are wrong today.”

Representatives for both Amazon and Apple have not yet responded to TheWrap’s request for comment.

This is not the first time “Tom and Jerry” cartoons have been slapped with a disclaimer. In a previously released DVD from Warner Home Video, a warning appears on screen informing viewers that some of the cartoons show racial and gender stereotypes. The DVD also contained an introduction from Whoopi Goldberg, explaining why producers decided not to remove the offensive scenes from the re-release.

“The Tom and Jerry episodes included in this collection comes to us from a time when racial and ethnic differences were caricatured in the name of entertainment,” Goldberg said. “These prejudices were wrong then and they’re wrong today.”

The cartoon’s depiction of black maid Mammy Two Shoes has been the strongest point of contention throughout the history of the animated shorts.

“Removing Mammy Two Shoes would be the same as pretending she never existed,” Goldberg explains in her onscreen warning. “The same is true for the other images and jokes that we wouldn’t normally include in a mainstream cartoon today.”