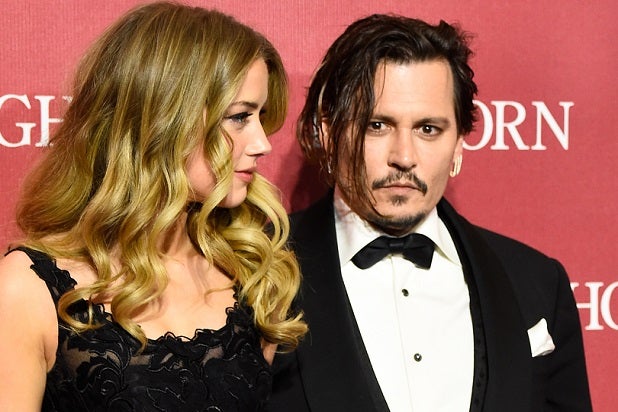 Johnny Depp‘s estranged wife Amber Heard will be under heavy questioning on Saturday, as she sits for a deposition as part of her effort to obtain a restraining order against Depp, who she’s accused of domestic violence.

Just what kind of questioning will Heard be subjected to? And will she really succeed in obtaining a restraining order against the beloved “Pirates of the Caribbean” star? TheWrap spoke to family law specialist and Hollywood divorce lawyer Steve Mindel to find out what to expect from the proceedings.

In order to set up the possibility of inconsistent statements, Mindel said, Depp’s attorney, Laura Wasser, will likely try to pin Heard down on as much details as possible in the deposition.

“Minute-by-minute analysis of every day where there’s an alleged domestic violence. Because it’s very hard for us to remember yesterday what we did, and then three months later, can we remember what we did yesterday?” Mindel offered. “If you have very detailed analysis in the deposition of what happened, it’s highly likely that there’ll be significant inconsistencies.”

While a victim is more likely to remember details of a domestic violence incident than, say, what color shirt they were wearing that morning, Mindel said that it’s not uncommon for significant inconsistencies to occur in such cases.

“Oftentimes the party will say, ‘Oh, yes, he hit me on the right side of my neck.’ But then [in] the pictures all of the bruising is on the left side of the neck,” Mindel said.

In order for Heard to obtain a restraining order against Depp, Mindel said, she’ll have to prove not only that the domestic violence occurred, but that she has a reasonable apprehension of being harmed again. The latter will be particularly difficult, Mindel said.

If Heard does succeed in obtaining a restraining order against Depp, it could very well have a negative impact on his career. The good news for the actor is, that potential blow to his bottom line could actually dissuade a judge from granting the order.

“The court might find, that there’s domestic violence, in the judge’s mind, and then say, ‘Yeah, but Johnny Depp‘s never going to talk to her again,” Mindel said. “And then the judge says, ‘OK, I’m not going to issue the restraining order because this could cost Johnny Depp $10 million or $100 million in damage to reputation.”

“There’s a lot of weighing that goes into these things, and you can bet the court is going to weigh these things significantly,” Mindel added.