Amber Heard and her friends were uncooperative and withheld information from officers responding to a domestic violence call at the penthouse she shared with Johnny Depp, an LAPD officer said in a pre-taped deposition played in court Wednesday.

LAPD Officer Tyler Hadden and his partner responded to the call on May 21, 2016, in downtown Los Angeles. Hadden told attorneys the witnesses inside, including Heard, were uncooperative and would not give any information. Hadden said Heard refused medical treatment and did not want to make an incident report. 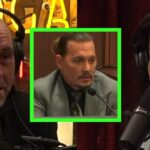 Hadden told attorneys Heard didn’t have any injuries. When pressed about “redness” on Heard’s face, Hadden said it appeared to be from crying. Hadden also said he recorded the incident as a “verbal dispute” because there were no signs a crime occurred.

“I did a sweep of the location for the suspect,” Saenz said. The officers searched two penthouses and found nothing. When asked by attorneys about red marks on Heard’s face, Saenz said Heard looked “flushed” like she’d been crying and said she didn’t see any injuries. Saenz also told the court that Heard and her friends refused to cooperate.