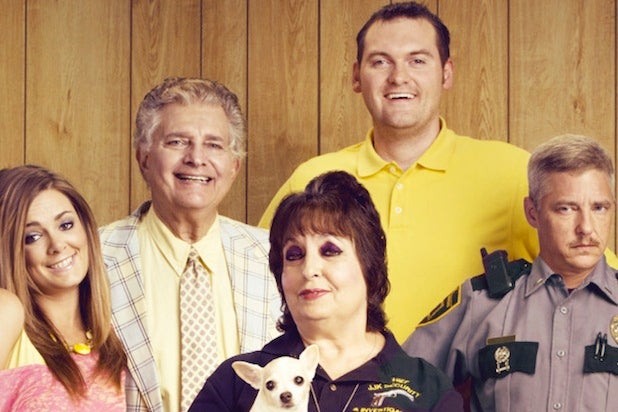 Could there be another side to the cast of AMC’s “Small Town Security”?

As the series approaches its third season on Tuesday, AMC has released fun new takes on what may go down when the cameras aren’t rolling.

For example, Chief Joan Koplan, who reflects on her younger self. Or Lieutenant Dennis Starr, who is captured on the other side of a wild night. And Joan’s husband, Irwin Koplan, who actually messes up his office before anyone else knows otherwise.

Read AMC’s description for Season 3 below:

In the new season of “Small Town Security,” the unorthodox universe of JJK Security, the small, family-run security and private investigation company in Ringgold, GA, continues to expand as several new out-of-this-world characters join the cast. Chief Joan Koplan along with Dennis, Irwin, Christa, Brian and Joan’s beloved dog Lambchop are also forced to contend with a series of unexpected shocks and developments — from dwindling business and serious health issues to Dennis’ continued gender transformation and Joan’s “speecy spicy” meatball musical performance. In season three, these curve-balls force our cast to lean on each other like never before.