John Ridley’s “American Crime” was one of the darkest, most unconventional shows to air on a broadcast network this year. But the miniseries, which followed a racially diverse group of families affected by a murder in a middle-class suburb, turned out to be ABC’s most-nominated show, with 10 nods including Outstanding Limited Series.

Congratulations. How are you going to celebrate?
[Laughs] Well, we’re doing some casting today … I’m flying out tomorrow, and we’re starting our last full week of prep [for Season 2]. It’s been odd — the last three years, whenever I’ve gotten awards or nominations, I’ve gotten on a plane and gone right back to work. Right after the Oscars I went off to shoot the first season of “American Crime,” and tomorrow I have to go to Texas to work on the second. But I’ll be going with a renewed sense of purpose.

It must have been particularly gratifying to receive so many nominations.
It was a very special morning. You can’t take anything for granted, but I certainly hoped people were going to recognize Tim and Felicity and the show itself. But to receive so many nominations in the crafts categories was great — and more than anything, Richard’s nomination was so special. It goes beyond the show, beyond entertainment. It’s a moment when art and life intersect — a character who is given a second chance is played by a man who was given a second chance.

And I just have to say that having him on the cover of TheWrap magazine made a huge difference. It was putting a face to the issues that we were dealing with. This is bigger than once a year putting on a tuxedo and having a good time with your peers. So thank you to TheWrap. 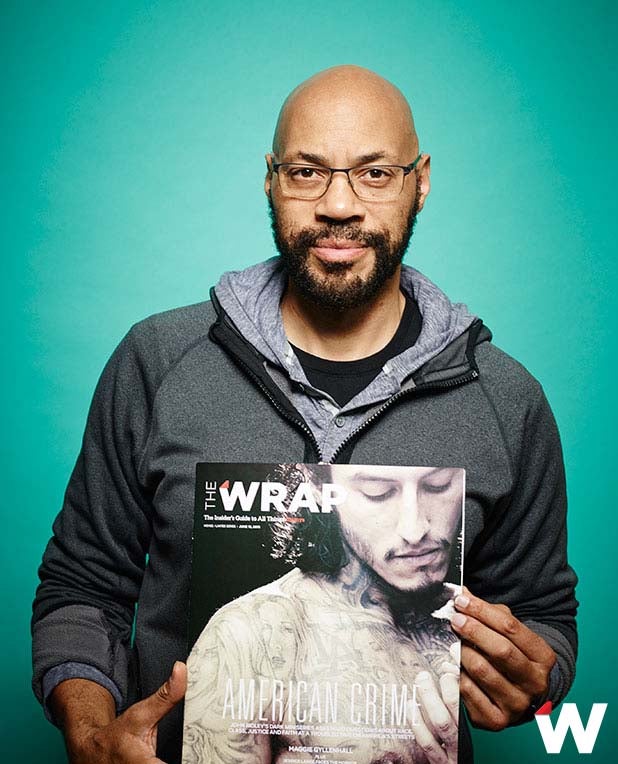 Before “American Crime” went on the air, you’d been successful in movies, winning an Oscar for “12 Years a Slave.” Do you now feel a sense of satisfaction toward people who might have told you to stick with movies and not get into network TV?
Not directly toward anyone in particular, but yes, people have said that. And I’ve tried to get in the game with other outlets, where the feeling was that networks do great entertainment, but in terms of high-quality, game-changing entertainment, that was an era that had passed them by.

But to build a show that is competitive with some of the best television that has ever been produced, and to do that in the broadcast space where the mandate is different, the metrics are different, that means a lot. And certainly HBO is lapping the field, but for ABC to have the second most nominations of any platform really speaks to what they’re trying to do.

Looking over the nominations, are there any snubs that stand out to you?
I will be really really honest — I just got into my car, I got the kids off to school and I’m just digesting all of this. So I haven’t even seen most of the nominations.

But more than anything, to come out in the year that we had with the Oscars, with people really wondering if that body, as much as it tries, is reflective of our diverse society, it’s great to go through the nominations and see Angela Bassett, David Oyelowo, Regina King … You’re seeing that in the television space we’re doing a remarkably strong job of being reflective in terms of race, gender, sexual orientation … We can do much more, but it’s great that we’ve done as much as we have.