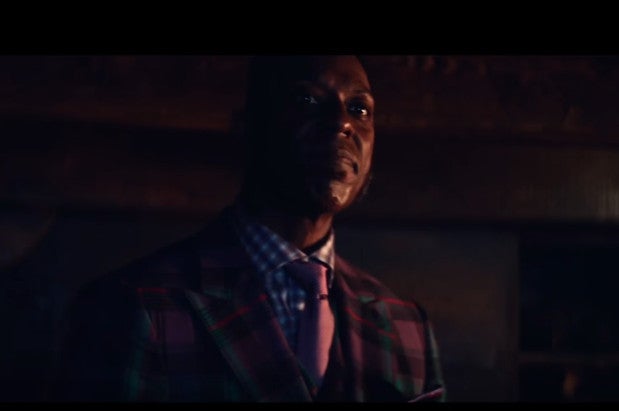 A spokesperson for “American Gods” and for showrunner Charles Eglee rebutted actor Orlando Jones’ comments Saturday that he was fired, saying that Jones was let go because his character is not featured in the portion of the book they are focusing on in the upcoming season.

In a video message posted Saturday, Jones said he was fired from “American Gods” on Sept. 10 because the new showrunner Eglee felt Jones’ character Mr. Nancy sent the “wrong message for black America,” adding that he was treated as a “2nd class citizen” at production company Fremantle.

“The storylines of ‘American Gods’ have continually shifted and evolved to reflect the complex mythology of the source material. Mr. Jones’ option was not picked up because Mr. Nancy, among other characters, is not featured in the portion of the book we are focusing on within season three,” a spokesperson for the show said in a statement. “Several new characters, many of which have already been announced, will be introduced into Shadow Moon’s world that will further contribute to the show’s legacy as one of the most diverse series on television.”

A spokesperson for Eglee said Jones’ comments are inaccurate on several levels, including but not limited to that Eglee was not born in Connecticut, as Jones’ video says.

Charles Eglee took over as showrunner for the third season of the drama based on the Neil Gaiman story from Bryan Fuller and Michael Green.

“There will be no more Mr. Nancy. Don’t let these motherf–ers say they love Mr. Nancy. They don’t,” Jones initially said on Twitter. “I’m not going to name names, but the new Season 3 showrunner is Connecticut-born, and Yale-educated, so he’s very smart. And he thinks Mr. Nancy’s angry, get s— done is the wrong message for black America. That’s right, this white man sits in that decision making chair and I’m sure he has many black BFFs who are advisors and made it clear to him that if they did not get rid of that angry god Mr. Nancy, he’d start a Denmark Vesey uprising in this country. I mean, what else could it be?”

Representatives for Starz did not immediately respond to a request for comment. In a reply on Twitter, Fuller said Jones’ video was “heartbreaking.”

Jones also thanked Gaiman for giving him the opportunity to play the part and thanked the former showrunners Green and Fuller.

“To the wonderful Neil Gaiman, thank you for allowing me to play this role, for writing this wonderful book, for opening the door for me to become a writer/producer on Season 2 of ‘American Gods,’ thank you sir,” Jones said. “To the magnificent Bryan Fuller and the incredible Michael Green, thank you for creating this series and for allowing me, also, to become Mr. Nancy. I hope the fans enjoyed it because really this is about you. I hope you loved it as much as I loved doing it.”

Thank you #AmericanGods fans.
I know ya'll have LOTS of questions about the firing. As always I promise to tell you the truth and nothing but. ❤️ Always, Mr. Nancy???????? pic.twitter.com/sDouoQlUMd

Correction: I was fired Sept 10, 2019 like @itsgabrielleu @OfficialMelB @NickCannon @heidiklum all have said @FremantleUS is a nightmare. They treated you like a 2nd class citizen for doing your job to well. Stay tuned. More to come. #AngryGetsShitDone pic.twitter.com/DQYtaMfs8O

Actor stops by TheWrap for an interview and photoshoot