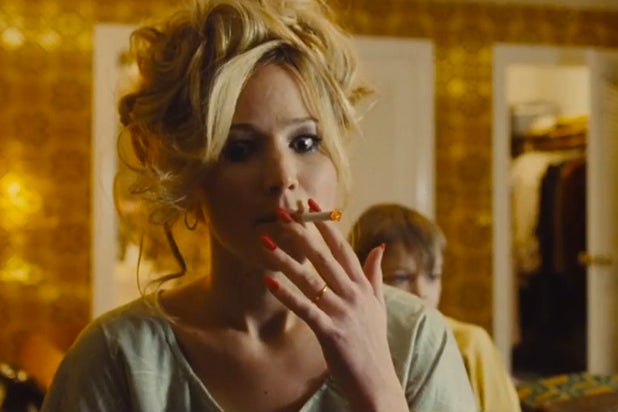 “American Hustle,” the David O. Russell film that has been considered a possible last-minute spoiler in this year’s awards race, was unveiled to Oscar watchers on Sunday in Santa Barbara and in Culver City on the Sony lot, and the initial verdict was … all over the place.

Early reactions on social media talked of a standing ovation for Russell at the Santa Barbara Film Society screening on Sunday afternoon, and of scattered boos at a SAG Nominating Committee screening on the Sony lot that night. I wasn’t in Santa Barbara so I can’t vouch for the ovation, but I was at Sony and certainly didn’t hear any boos.

Instead, the audience responded warmly, with applause that started immediately but died out relatively quickly.

The film doesn’t go down as smoothly as Russell’s last, “Silver Linings Playbook”; it’s odder and more ambitious, the kind of film that deserves contemplation rather than a rush to judgment.

While reviews are embargoed for another week, social-media reactions were permitted on Russell’s raucous drama, which is based on the FBI’s Abscam sting operation of the 1970s. Its cast is an all-star lineup from Russell’s two previous films: Christian Bale and Amy Adams from “The Fighter,” Jennifer Lawrence and Bradley Cooper from “Silver Linings Playbook,” a cameo from “SLP” costar Robert DeNiro and, for a change of pace, a central role for the new-to-Russell Jeremy Renner.

If there was any kind of unanimous verdict, it was that Jennifer Lawrence steals the show as the wife of Bale’s character, a con-man who is forced to help the FBI with a sting that aims to take down mobsters and corrupt politicians.

And talk of Lawrence was the highlight of the post-screening Q&A, when Amy Adams was asked about a showstopping scene in which her character and Lawrence’s character hurl vicious insults at each other, and then end the encounter with a forceful kiss that brought applause from the SAG audience.

“I don’t take credit for a lot of things, but that was my idea,” said Adams. “I don’t know why. Maybe I just wanted to kiss Jennifer. She’s just so cute.”

The director called the film “the third part of a character and rhythm reinvention that started with ‘The Fighter,'” and said he and Bale had a backyard conversation in which they realized why the material – in which almost every character is assuming a new identity at some point – appealed to them.

“Everybody in the world plays a part every day,” Russell said. “That’s what interested us.”

He also said that the film, which is essentially a drama with comic moments that almost reach farcical proportions at times, lives up to its title card billing: “Some of this actually happened.” As for what in the film actually happened, he offered this: “If I told you what was true, you wouldn’t believe it.”

The film’s disco-era wardrobe also got lots of attention, with Wilkinson talking about how he had to create some brand new ’70s clothes when they couldn’t find the right vintage garments, and Adams adding that her character’s relentlessly plunging necklines had already caused problems at home.

“My daughter is three and a half,” she said. “She looked at the poster and said, ‘Why do you show your boobs?'”