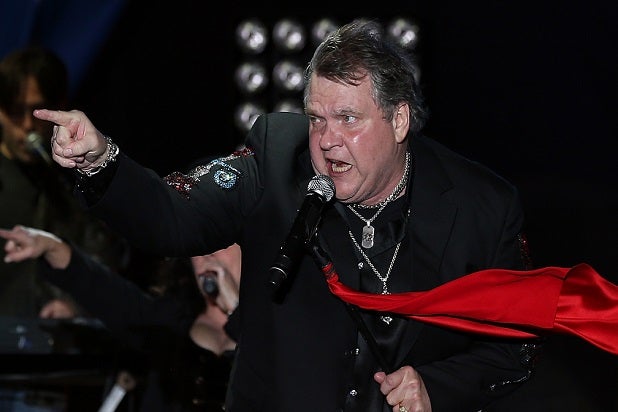 Meat Loaf will do anything for love .. but he won’t allow himself to be confused with recently crowned “American Idol” winner Caleb Johnson.

The “Two Out of Three Ain’t Bad” singer took to his Facebook page to clarify that he and Johnson, who won the 13th season of the Fox singing competition this week, aren’t one and the same.

“Some of you guys are funny. I’ve had a lot of congratulations messages and tweets for MY American Idol win!!!” the singer wrote.

Silly fans. Admittedly, the two do share a resemblance — and a penchant for big, powerful rock vocals. But you’d think the 43-year age difference between the two would be a dead giveaway.

Despite the confusion, the “Bat Out of Hell” belter graciously went on to congratulate Johnson.

“But jokes aside, let me take a second to really congratulate Caleb Johnson. It’s great to see him tearing it up and putting some real rock n roll back on prime time TV!” the singer enthused. “Congratulations Caleb, GOOD LUCK and don’t you ever stop rockin’ !!!”

Way to keep it classy, Mr. Loaf. You, uh, took the words right out of our mouth.