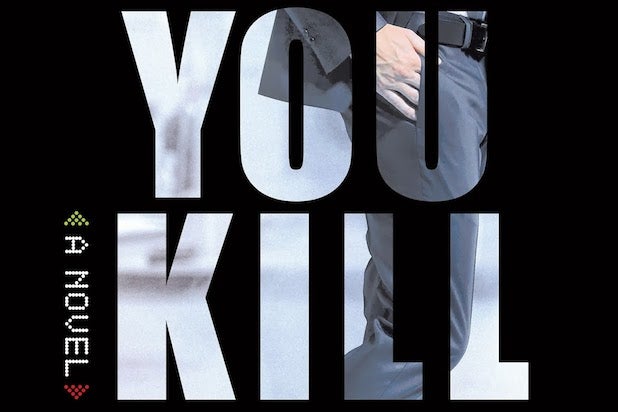 “Eat What You Kill” is a high-octane story that tests the limits to which one man will go for wealth and power in a world obsessed with luxury and excess.

Pressman will produce via his company Pressman Film, whose COO Jon Katz will executive produce with Stephen Cavaliero of Centsless Pictures. The trio are actually thanked in the ‘acknowledgments’ section of the book.

“It’s always exciting to work with first-time novelists like Ted Scofield, who did a fantastic job crafting this unique story, and I’m thrilled to bring it to the screen,” said Pressman.

“‘Eat What You Kill’ has been described as ‘American Psycho meets Wall Street,’ and to be working with the acclaimed producer of those seminal films is simply a dream come true,” replied Scofield.

“Ted Scofield is a talented author and ‘Eat What You Kill’ is an important book with a not-so-subtle commentary on our contemporary culture. I could not be more excited about working on the project with Mr. Pressman, a true legend,” added Cavaliero.

“The minute I read Ted Scofield’s debut novel, a Faustian tale set in the world of Wall Street, I knew I had discovered a winner. His narrator’s voice is utterly original: formidably smart, completely ruthless, clever and funny all at the same time. ‘Eat What You Kill’ marks the beginning of a major career,” said St. Martin’s Press executive editor Charles Spicer, who acquired the novel for the publisher

“Eat What You Kill” will be available in hardcover, e-book and audio book formats.

St. Martin’s Press has already asked Scofield to write two more books in the “Eat What You Kill” series, but when he’s not working on those, the author is a securities attorney who serves as the General Counsel of Icebreaker Entertainment, a consumer products and entertainment company founded by his wife, Christi Scofield.

In addition to “Wall Street,” Pressman’s producing credits including “American Psycho,” “The Crow,” “Badlands” and “Thank You For Smoking.”

Pressman Film is currently developing a reinvention of the hit 1994 movie “The Crow,” which Javier Gutierrez will direct for Relativity; a reinvention of the iconic action movie “Bloodsport” that will be directed by James McTeigue; the Joe Paterno biopic “Happy Valley,” which will star Al Pacino as the late Penn State football coach and be directed by Brian De Palma; and “The Monkey Wrench Gang,” to be written and directed by the “Catfish” team of Henry Joost and Ariel Schulman.

Founded in 2008 by Cavaliero, Centsless Pictures is an independently operated full-service film and video production house with three feature films currently in development.