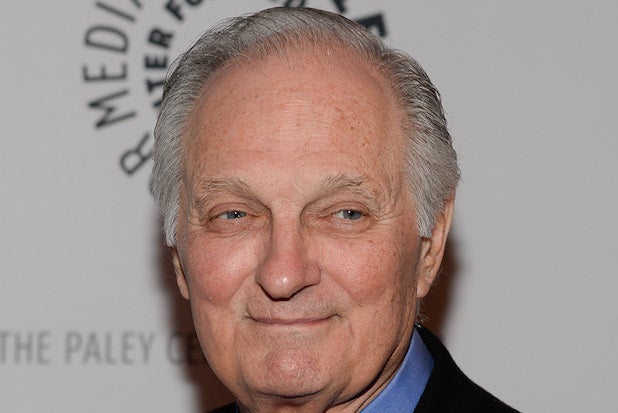 20th Century Fox is co-financing the film with DreamWorks. Spielberg is directing from a script by Oscar winners Joel and Ethan Coen, based on an original screenplay by Matt Charman.

The DreamWorks movie is based on the true story of James Donovan, an attorney who finds himself thrust into the center of the Cold War when the CIA sends him on a near-impossible mission to negotiate the release of a captured American U-2 pilot.

Ryan joins British actor Mark Rylance in the film, as she has closed a deal to play Hanks’ wife.

Alda and Magnusson are still in talks, as is “The Knick” star Eve Hewson, who will play Hanks’ daughter, as TheWrap first reported earlier on Monday. The British actress will be trading one famous father for another, as she is the daughter of U2 frontman Bono.

Spielberg is producing with Marc Platt and Kristie Macosko Krieger, while Daniel Lupi and Adam Somner will executive produce. DreamWorks executive Jonathan Eirich will oversee the project for the studio.

Production is set to begin in September and will be shot on location in New York and Berlin. Disney will release Spielberg’s untitled Cold War thriller on Oct. 16, 2015.

Ryan earned an Oscar nomination for her performance as a Boston mother in Ben Affleck‘s directorial debut “Gone Baby Gone.” She recently played the wife of another Oscar winner, Colin Firth, in the West Memphis 3 movie “Devil’s Knot.” Ryan will soon be seen in Alejandro Gonzalez Inarritu’s “Birdman” as well as the studio films “Goosebumps” and “Monster Trucks.” She’s repped by the Gersh Agency and attorney Dave Feldman.

Alda earned an Oscar nomination for his supporting performance in “The Aviator.” He’s currently filming an adaptation of the Nicholas Sparks novel “The Longest Ride.” He’s repped by ICM Partners.

Magnussen is a former soap star who has been grabbing high-profile feature roles, including the big job of replacing Jake Gyllenhaal as Rapunzel’s Prince in Disney’s musical “Into the Woods.” He also co-starred in Whit Stillman’s “Damsels in Distress.” He’s repped by WME, Authentic Talent and Literary Management and attorney Robert Offer.