Amy Schumer is hosting this year’s Oscars with Wanda Sykes and Regina Hall, but apparently, she wanted to welcome one more person for the telecast: Ukranian President Volodymyr Zelenskyy. But, she says the idea was turned down.

In an interview for an upcoming episode of “The Drew Barrymore Show,” Schumer told Barrymore that she won’t be avoiding the topic of Russia’s invasion in her jokes. (You can watch her remarks in the video above.)

“I think there is definitely pressure in one way to be like, ‘This is a vacation, let people forget. We just want to have this night,’ but it is like, well, we have so many eyes and ears on this show,” Schumer said. “I think it’s a great opportunity to at least comment on a couple of things. I have some jokes that kind of highlight the sort of current condition. I mean, there are so many awful things happening that it seems hard to focus on which one.” 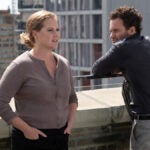 The actress then noted that she even floated the idea of having Zelenskyy appear live via satellite, or even just via a pre-recorded message.

“I actually pitched — I wanted to find a way to have Zelenskyy satellite in or make a tape or something just because there are so many eyes on the Oscars,” she said. “I am not afraid to go there but it’s not me producing the Oscars.”

The Academy did not immediately respond to TheWrap’s request for comment.

Schumer’s full interview on “The Drew Barrymore Show” will air this Thursday, March 24.