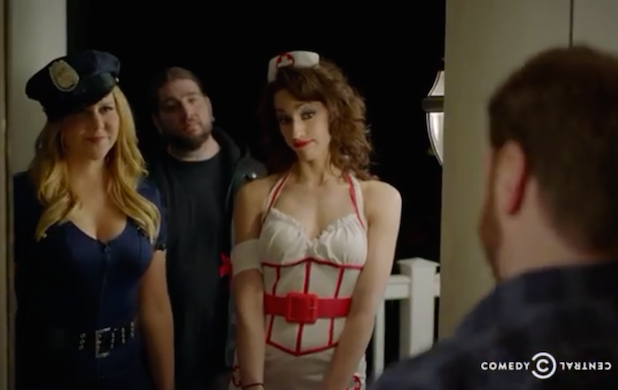 Comedy Central has released a new video from “Inside Amy Schumer” that features the comedian stripping for a pack of dogs in order to buy a color printer.

Schumer’s latest funny video debuted on YouTube, as her series is on hiatus until June 23.

As described by Comedy Central, “things take a racy turn when Amy lands a gig stripping for an unconventional bachelor party.”

Watch the video below and let us know if it had you howling with laughter, or if Schumer was barking up the wrong tree.