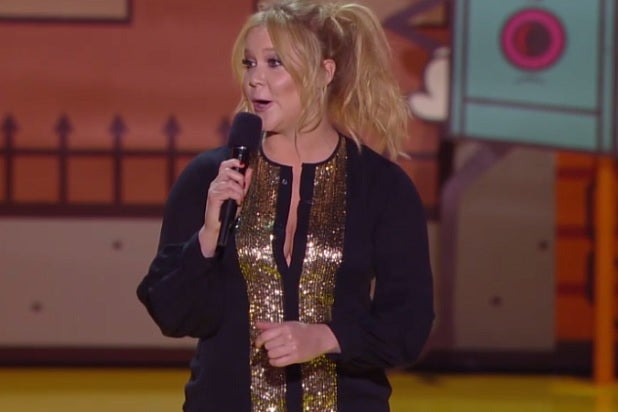 Amy Schumer will open for Madonna for three shows in New York, the comedian announced Thursday.

The “Trainwreck” and “Inside Amy Schumer” star will join the legendary singer as part of her Rebel Heart tour on September 16, 17, and 19.

Schumer made the announcement on her official Twitter account, writing “Guess who auditioned for @Madonna and got the part? See you in NYC on Sept 16, 17 and 19.”

Schumer also included a video (below) of her younger self singing the classic Madonna song “Like a Prayer.” No doubt that was what clinched her the spot.

Schumer has garnered considerable attention in recent years. She has found great success with her Comedy Central sketch show “Inside Amy Schumer,” which has humorously tackled a number of women’s issues like ageism and double standards of beauty.

Madonna has also been in the news lately, most recently for her star-studded music video for her song “Bitch, I’m Madonna.” The song featured cameos from Beyonce, Nicki Minaj, and Kanye West among others.

Guess who auditioned for @Madonna and got the part? See you in NYC on Sept 16, 17 and 19. pic.twitter.com/llHgsOommL