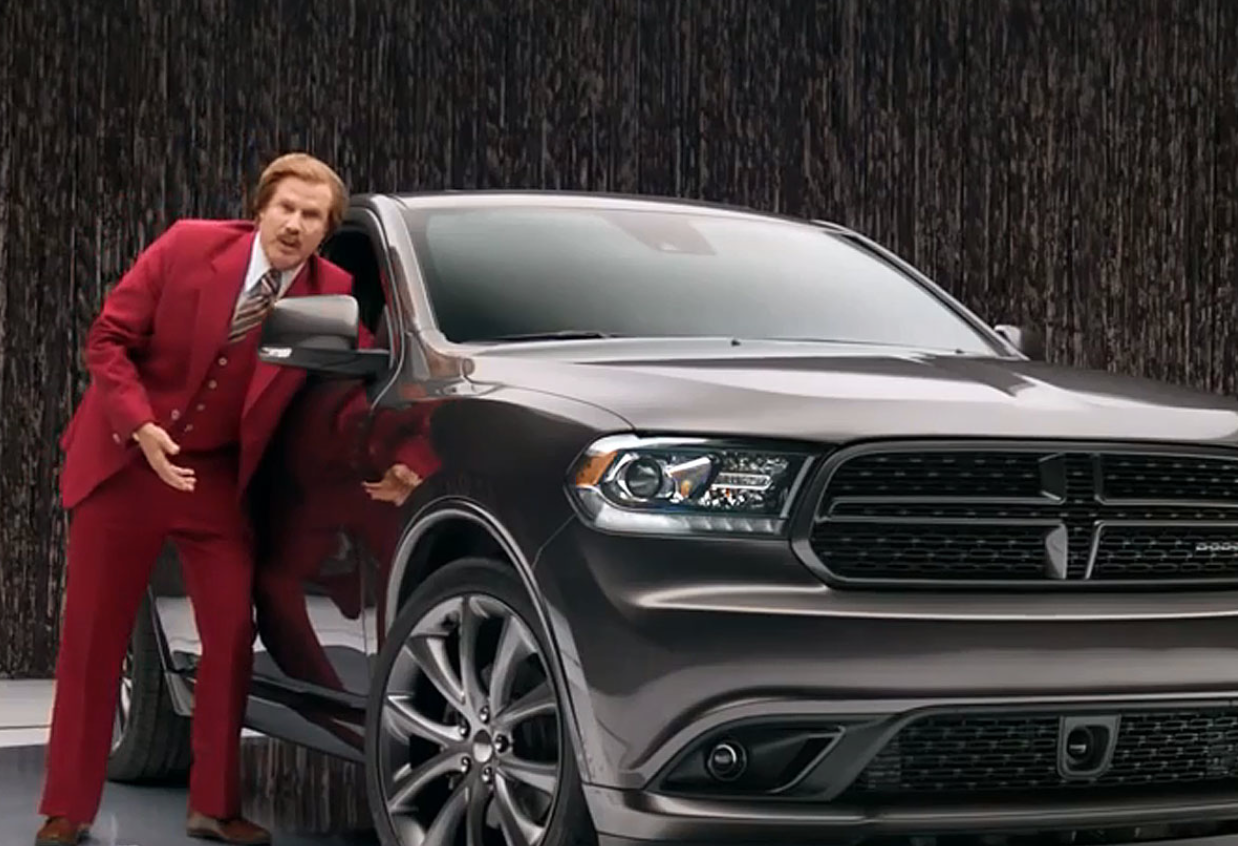 A sexist local news anchor with a bit of a drinking problem may turn out to be the year’s best advertising pitchman.

Chrysler took a risk when it tapped Ron Burgundy to be the face of its Dodge Durango brand, but the car giant’s collaboration with the Channel 4 news star’s alter-ego Will Ferrell and Paramount Pictures has been reaping dividends leading up to this week’s release of “Anchorman 2: The Legend Continues.”

Ferrell, the film’s director Adam MacKay, ad agency Wieden + Kennedy, and Funny or Die’s commercial production company, Gifted Youth were the creative forces behind the 70 spots, which find Burgundy expounding upon everything from the number of packs of gum that can fit into a Dodge’s glove compartment to the mysteries of its voice-activated navigation system (no it’s not a real woman in there!).

The ads have been hailed for their sense of humor and Chrysler is laughing its way to the bank. The company reports that year-over-year sales of Durango were up 36 percent in November and increased by 59 percent in October when the commercials began airing.

“The engagement with this campaign has been huge and the mere fact that it has found its way into pop culture is the biggest indication of success,” Olivier Francois, Chrysler Group chief marketing officer, told TheWrap.

“We approached the campaign through the lens of someone who could tell the story of the Dodge Durango’s horsepower, fuel efficiency and technology in an entertaining way,” he added. “We thought, who better than Ron Burgundy?”

That has led to more than a half-billion media impressions, the company told TheWrap.

Among the numbers of note:

>>Total views for all Dodge/Burgundy spots on YouTube, across all channels: more than 21  million.

>>Purchase intent among customers: rose 54 percent in the weeks after campaign launched, according to a survey by automative information hub Edmunds.com.

Tom Meyer, president of TheMarketingArm’s entertainment practice, said the campaign has been effective in part because Ferrell did so many different Dodge ads.

“The Dodge campaign with ‘Anchorman 2’ is nothing short of brilliant and it never would have happened if Chrysler and Dodge had not had a very open mind,” Meyer said. “There are so many different pieces of content that I don’t think they risk overexposure. If they did one spot, people would be turned off, but they were smart and kept making new pieces of content. It’s always new and all of it has been funny.”