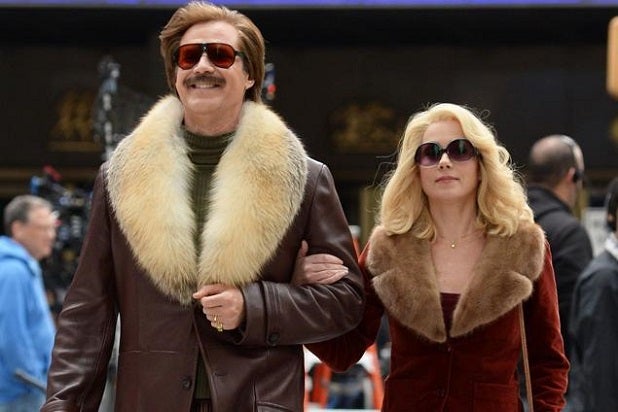 “Anchorman 2” is off to a strong start, taking in $2.3 million from late Tuesday night screenings ahead of its opening Wednesday in 3,450 theaters nationwide.

The comedy sequel starring Will Ferrell as newsman Ron Burgundy began showing in about 2,800 theaters at 9 p.m. “The Hobbit: The Desolation of Smaug,” which brought in $6.2 million from about 3,900 theaters Tuesday, remained No. 1.

Paramount was hoping to send “Anchorman 2” out of the gate quickly when it shifted the opening up two days last month. The Tuesday night numbers are in line with two other recent comedies. “We’re the Millers” brought in $1.7 million in it early screenings and went to a $38 million weekend. “This Is the End” took in $2.2 million with early shows, and wound up at $33 million.

The studio mounted a major marketing campaign behind “Anchorman 2,” and most analysts believe that it will overtake Warner Bros.’ “The Hobbit” for the weekend box office crown.

The second film in Peter Jackson’s “Hobbit” trilogy shot to the top with a $73 million North American opening last week and is now up to $86 million domestically and more than $220 million worldwide.

In this one, the San Diego news team led by Ferrell’s Burgundy relocates to New York. Steve Carell, Paul Rudd, David Koechner, Christina Applegate and Kristen Wiig co-star in “Anchorman 2,” which was written by Ferrell and Adam McKay, who directs.