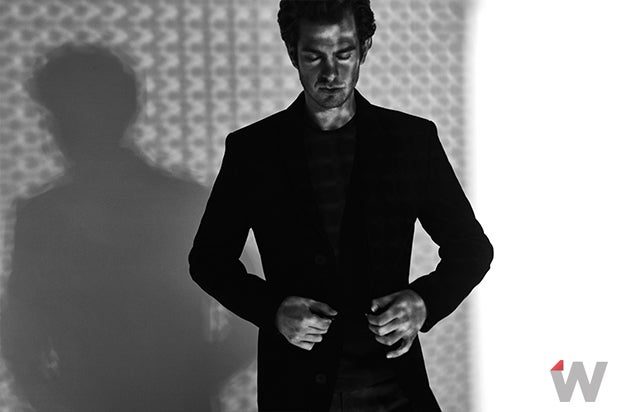 Andrew Garfield busted out a wig and his best backflip for his lip syncing performance of Whitney Houston’s classic “I’m Every Woman” — and Twitter is loving it.

Surprised audience members at the London stop of the “Werq the World” drag revue captured the “Hacksaw Ridge” actor wearing a curly wig while performing on stage.

According to E! Online, Garfield attended Tuesday’s show with Nathan Stewart-Jarrett and Russell Tovey, his co-stars in the London revival of the play, “Angels in America.”

Time reported that the event features a number of well-known drag stars and is hosted by “RuPaul’s Drag Race” judge Michelle Visage. Visage later posted a photo with Garfield and Laverne Cox, praising the actor for opening “his mind and heart to all it has to offer.”

What a show, what a night! Thank you as always ???????? YOU ARE MY HEART AND SOUL. Andrew Garfield, you are my new friend, I am SO proud of you for not just lip syncing Whitney tonight in a wig no less, but for opening your mind and heart to all it has to offer. @lavernecox you keep doing what you're doing, you are a trailblazer, a beauty and a ???? I LOVE YOU #werqtheworld #tour #soldout

Garfield most recently starred in the Oscar-winning film “Hacksaw Ridge” and “Silence.” He will next be seen in “Under the Silver Lake” and “Breathe.”

Watch some videos from the crowd below.

SO ANDREW GARFIELD JUST CAME ON STAGE AND LIPSYNCED TO WHITNEY I AM NOT OKAY!!!!! #andrewgarfield #werqtheworld @vossevents ????✨

Last night Andrew Garfield turned up at @RuPaul's #WerqTheWorld, lip synched to Whitney and did a jaw-dropping back flip. #rupaulsdragrace pic.twitter.com/yuHhrSB9L8

Hello yes this is Andrew Garfield lip syncing for his life to Whitney Houston and yes it was great ok thank you bye pic.twitter.com/wSS7K2oYO7

Andrew Garfield lip syncing "I'm Every Woman" by Whitney Houston is all I needed in my life. Thank you.