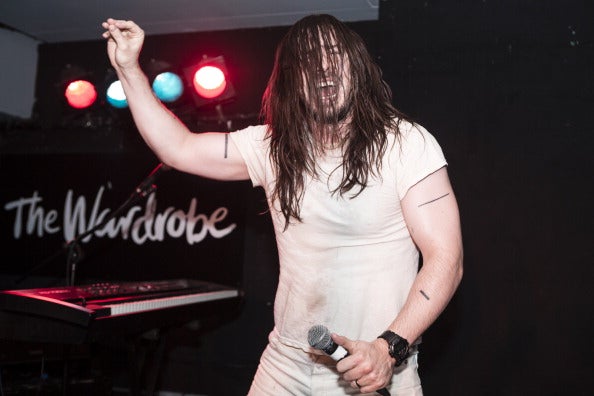 Disney-owned Maker Studios, which creates online videos for millenials, announced the new Andrew W.K.-hosted kids series “Meet Me at the Reck, ” in which the “Party Hard” rocker and his friends will help kids explore their imaginations.

The series will  premiere on Saturday, Oct. 4 on Maker.tv. The six-part series follows Andrew and his band of kids–better known as “reckers” — who hang out at a Rec Center in Los Angeles’ Echo Park.

“Hosting ‘Meet Me at The Reck’ was so much fun for me,” said W.K. “The kids and characters I got to hang out with were all amazing people–we all got to run around and go crazy together and we were able to meet special guests who showed us how to make really cool projects. It’s a very advanced party time with some very advanced party friends!”

“We are eager to bring this fun, family experience to our audience featuring Maker talent partners along with stars across traditional entertainment, sports, science and more,” said Michael Ross, General Manager of Family for Maker Studios. “From rockers to aliens — all set at a local rec center in Echo Park, I can’t think of a fresher take on kids educational programming.”