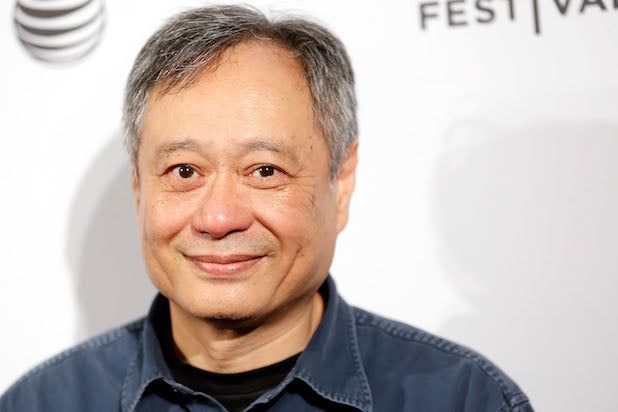 [Update 9/18 4:45 p.m. PT: Sony has confirmed that “Billy Lynn’s Long Halftime Walk” will be Ang Lee‘s next project and that it will also be produced by Tom Rothman’s TriStar label. Production will start in the spring.]

Two-time Oscar winner Ang Lee is the frontrunner to direct “Billy Lynn’s Long Halftime Walk” based on the critically acclaimed Iraq War novel by Ben Fountain, an individual familiar with the project has told TheWrap.

Simon Beaufoy, who won an Oscar for writing “Slumdog Millionaire,” adapted the book for Film4 and The Ink Factory, whose Simon Cornwell, Stephen Cornwell and Rhodri Thomas are producing “Billy Lynn.”

A representative for Lee had no comment, while The Ink Factory did not immediately respond to a request for comment.

Described as the “‘Catch-22’ of the Iraq War,” the book was nominated for the 2012 National Book Award for Fiction along with Dave Eggers’ “A Hologram for the King.” It was published in the U.S. by HarperCollins’ imprint Ecco.

The dark satire follows 19-year-old Texas-born infantryman Billy Lynn and his fellow U.S. servicemen who survive a firefight in Iraq in 2005. The Bush administration brings the veterans home for a victory lap that leads them to the Dallas Cowboys’ football stadium where they’re honored during the team’s Thanksgiving halftime show before they return to war in Iraq.

Several industry insiders who have read Beaufoy’s script believe “Billy Lynn’s Long Halftime Walk” could be an awards contender, which explains why Film4 and The Ink Factory are setting their sights high and pursuing high-caliber filmmakers like Lee, who has the edge on the job should he decide to pursue the project.

Also read: ‘Life of Pi': Profitability Is as Stunning as Its Oscar Splash

Coming off the stunning global success of “Life of Pi,” Lee has been planning to direct a 3D boxing movie for Universal that will include the Thrilla in Manila match between Muhammad Ali and Joe Frazier. While an individual familiar with Lee’s plans told TheWrap that the director remains focused on that project, another insider said the film is on hold for the moment for budgetary reasons. Lee still plans to direct the boxing movie, though it’s possible he could sneak in a smaller, more intimate, character-driven film first.

While Lee’s 3D fight film is a technologically ambitious project that is expected to take advantage of cutting-edge visual effects, boxing movies have also struggled to land a knockout at the international box office. Ron Howard‘s 2005 drama “Cinderella Man” with Russell Crowe grossed $46 million overseas while Michael Mann’s 2001 biopic “Ali” slugged its way to only $29 million overseas despite the presence of superstar Will Smith.

However, Lee has proved the doubters wrong before. “Life of Pi” was considered a risky gamble for Fox 2000 before the film went on to gross $609 million worldwide and win four Oscars, including Best Director. Lee, who won his first Oscar for “Brokeback Mountain,” is represented by CAA.